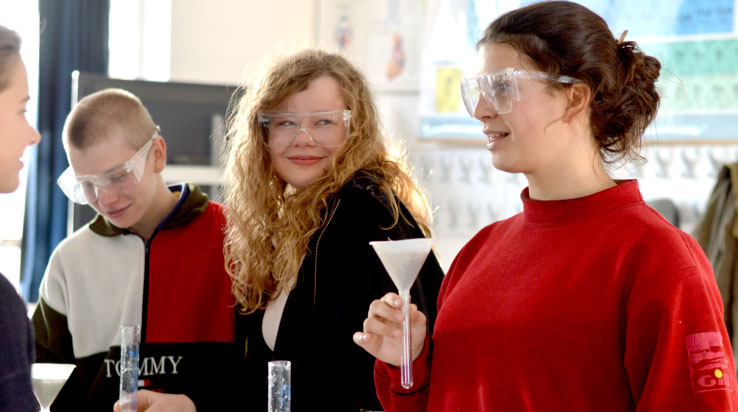 Europa School UK is an all-through free school operating as a Single Academy Trust, in lush countryside two miles from Abingdon in South Oxfordshire, in the parish of Culham. The school's curriculum was originally based on its past accreditation as a European school and its bilingual model in the three-stream languages (French, German and Spanish).

Post Brexit, the school underwent significant curriculum change – the Primary School now has its own bespoke bilingual curriculum, whilst the Secondary School implements an International Baccalaureate (IB) Education. Academic success is impressive with a 100% pass rate in its Baccalaureate end-qualification (with a high average score of 36 out of 45).

The site that it occupies has been used for educational purposes since its construction in 1852 to house Culham College – a teacher training college. The site needed modernisation and the recent leadership set about this with a programme that has technology at its heart.

This is a growing school, currently supporting around 1,000 pupils – 630 in the Primary and 364 in the Secondary – with plans to expand in the next few years to almost 1,200 students on the site.

Technology was always an important part of the school’s strategy – in part driven by the founder (who has since left). His vision was one where the school harnessed technology to improve teaching and learning, and he sought to hire staff who could make that a reality. Early steps used low cost open source models, and these set the direction for what followed.

“Given our niche model, we started to invest in online education in 2017, setting up a dedicated distance learning classroom. By the start of the pandemic, we had established a Google domain, using Google Meets/ Hangouts for some lessons and virtual conferences. We used this to quickly set up broader virtual teaching across the school as well as careers meetings/UCAS events, activity weeks and international conferences”.

Unlike many schools, Europa School UK was therefore prepared when the Prime Minister closed school gates to all but the children of key workers and the disadvantaged, in March 2020. They had the software in place, most had access to a modern device, and – most importantly – staff and children had been trained and had experience in using it.

“We were blessed with a relatively technology savvy parent body, but we also loaned out many of the school’s laptops, as well as subscribing to the DfE scheme to receive funded devices for those students who needed them”. 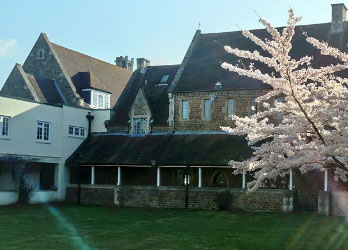 For children in the Upper Primary and Secondary Schools, they were accustomed to using Google Meet as a prime medium for communication, although the younger children in the Primary found it a little more taxing – especially those whose parents were using the home computer at the same time. Like so many, using video was the bigger obstacle – at least initially – but by the time of the second lockdown that was also something that they took in their stride.

“By the time we were forced to close we already had a timetable set up – we asked teachers to set work equivalent to their usual four periods a week, but with only two of them online – knowing they could not be online all the time. This worked very well as it meant that siblings could share devices, knowing they did not need to use the internet all the time”. 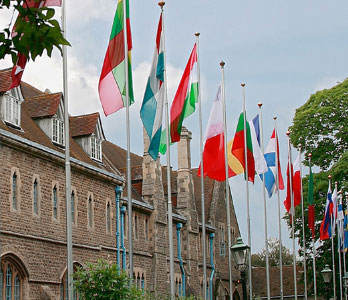 The ultimate test of any strategy is whether it stands the test of time – in this case, whether these ventures bringing technology into the core curriculum would be maintained once schools returned post-pandemic? In the case of Europa School UK, this has certainly been the case, with multiple examples of how something that was a short-term necessity become embedded in the long-term way of working for the school:

“What I have noticed as I walk around the school is how many staff are now using the technology – MS Teams, Google Meet – for everyday conversations, rather than picking up the telephone or sending an email. I am also seeing more students using portable devices in classrooms. The reason they do this, is not only because they feel comfortable using the software, but because our connectivity upgrade has made these things just work”.

This connectivity upgrade came about following the school taking part in the DfE and DCMS fibre broadband programme in 2020 following a notification from the DfE that they were eligible for a rural schools’ grant – known as the Rural Gigabit Connectivity Programme.

“Our network connectivity before this was slow - the upgrade to fibre was amazing – and became the enabler for all that we wanted to do”. 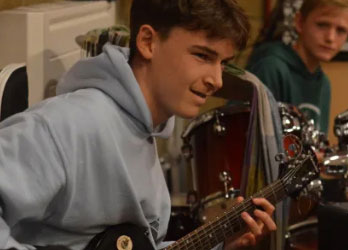 The school were then informed that they were eligible to apply for a further upgrade as part of the DfE Connect the Classroom programme – a fully funded government scheme aimed at improving wireless infrastructure in an initial 600 schools across the UK – and Europa School were included.

“Under the terms of the scheme we had to get three quotes. We had worked with RM on the original scheme – and RM were keen that we didn’t miss the new opportunity. The reason we chose them again was that quite simply they offered us the most complete solution that addressed all of the problems that we had with connectivity in the school. RM were the only bidders who provided the complete package and that was what we knew we needed. We weren’t sure that the DfE would go for it – as being a complete package, it was more expensive – but the DfE agreed with us that it was the right solution for us, and the rest is history”.

This changed everything for the school. The school had a vision and were excited that they now had a chance to deliver it – the virtual conferences, the parents' evenings, the collaboration sessions – but the reality was that without sufficient bandwidth these would be little more than dreams.

“After the Connect the Classroom upgrade, we can now provide a robust stable connectivity, with numerous students online concurrently”. 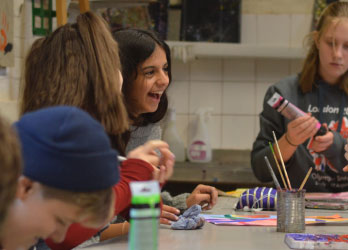 It is therefore no surprise to see students in the Primary School making a much greater use of tablets within their learning, whilst in the senior school, laptops are used increasingly within the class – by students and teachers alike for productive learning

One of the benefits from Connect the Classroom is not simply a wider and faster bandwidth, but it also allows the school to increase coverage – right across the school – when previously there were always some classrooms or offices where Wi-Fi was especially poor. The school now has the capacity to support up to 30 mobile devices in every classroom and performance is no longer a constraint to where technology is used.

“Whilst Connect the Classroom doesn’t let us do anything new – as such – what it does do – is enable us to expand and enhance the kind of things we did in the past. It has lifted our headroom – we now know that 30 people in the same classroom will all have a great experience online, which opens our eyes to what is available to us”.

This is a gamechanger for the school – an enabler for a whole different approach.

“Before we didn’t even know if the devices we were buying would connect to the Internet. Now we know they will, we have moved to the next step – how to make the best use of that technology in each and every class”. 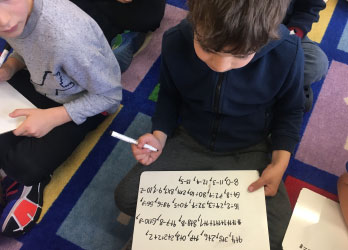 And this is the important point. Both the Rural Gigabit Connectivity Programme and Connect the Classroom have given schools like Europa UK the basis to build from here. It has taken the fear away from not being able to do some things that they wanted to, whilst removing the worry that something that works for one student will not work so well with 30. Put together, it has given the school the confidence to focus on what they do best – teach.

This is also why these programmes are different from those of yesteryear – Building Schools for the Future was important in getting technology into schools, but for too many it was just about shiny new equipment – iPads, interactive whiteboards, fancy CAD machines. What those programmes failed to do was invest in the infrastructure that would make that considerable investment come alive. The two new programmes do just that.

“The network is the system. Without the network, you cannot run your security cameras, telephone system, WiFi, your MIS, and all the lines connecting your classrooms and your offices. The underpinning part of every facility that a school deploys – internally and externally – is the network”. 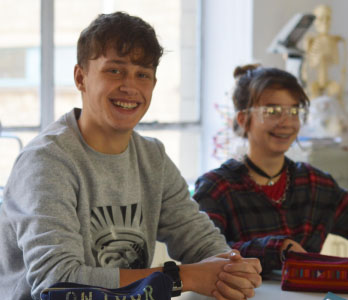 Quite simply, having a fast and reliable network is no longer a luxury – especially when children’s education is at stake. For Europa School UK it is still early days – they are at the start of this journey – just a few months into having the kind of infrastructure that they know they need to deliver the quality of education that their students expect. But for them it is just the start. They have a good idea as to where they want to be, and they now have the capability to get there.

“This is quite simply one of the most exciting things to happen during my time in this school. Connect the Classroom opens the door to the future of technology in schools. An exciting future and I cannot wait to see the benefits it will deliver in the year ahead and beyond”.


Find out more about our services