How a large Academy school in Essex utilised the fully funded DfE scheme to deliver blended learning to their pupils at home and in the classroom, using Microsoft Teams 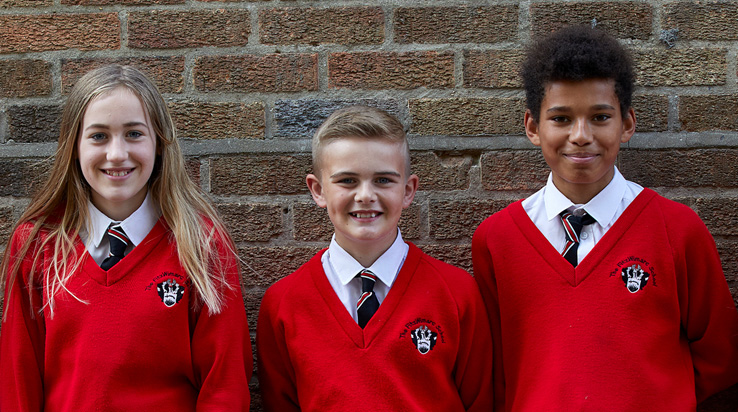 The FitzWimarc School is a stand-alone Academy, with almost 1,600 pupils, serving the town of Rayleigh in Essex for 80 years with a long and proud tradition of excellence in education. Four years ago, the school opened a Sixth Form, which has proved both popular and successful.

The school has worked with RM as their technology partner for many years, initially supporting their in-house team. Around 5 years ago – with a new Headteacher in place – the decision was taken to move to a fully Managed IT Service – provided by RM – with three RM engineers on site, plus access to the full remote RM team when required.

Over this time, there has been a lot of investment in IT in the school, and they moved to the cloud-based Office 365 suite of applications around four years ago. They added RM Unify as a single sign-on application library and management console; and with the opening of the new Sixth Form in September 2016, introduced SharePoint as a way for those more senior students to collaborate better. Since then, SharePoint has been extended to pupils in KS3 and KS4.

Responding to the challenge

Whilst FitzWimarc was ahead of many schools in their move towards the cloud, when the Prime Minister announced that most children would need to be taught remotely from the end of March 2020, they were far from prepared for what this would mean.

They started with the SIMS Parent and Student App as a way to set homework, but quickly found this inadequate for the number of files that they were soon sharing. Instead they focused on using SharePoint as the primary tool. All Departments were set up with their own curriculum area that pupils could access.

“To be honest this was more file sharing than interactive remote learning, but it got us through the first few weeks of Lockdown.” 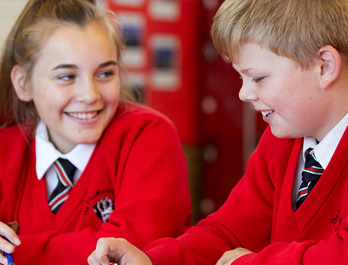 By Easter it became clear that schools would need to have a more robust form of Remote Learning in place, and FitzWimarc started to look more closely at what was possible. Their first move was to share pre-recorded lessons in the form of voiceovers on PowerPoint presentations, which were then loaded onto Microsoft Stream. This proved much more interactive for pupils.

“Microsoft Stream is a great platform to share things – it is much more secure than some applications – and gave us a way for teachers to develop engaging content without creating videos of themselves, which for obvious reasons many didn’t feel comfortable being released into the public domain.”

FitzWimarc even went as far as pre-recording school assemblies and sharing those on Microsoft Stream.

The next step was to look at introducing a proper Remote Learning platform such as Microsoft Teams. Their technology partner – RM – came to the school and recommended that they take advantage of the new scheme that the DfE had announced, through which the Government would fund expert technical support for schools to set up an accredited digital education platform.

The process to apply was very straight-forward, and with help from RM they were able to bring it in alongside the applications they already had in place. Whilst the documentation that they received from RM was clear, the school did their own research and pre-work to ensure they knew what they were getting into.

“Creating groups within MS Teams was the biggest issue, but RM Unify makes that straightforward, with sufficient customisation to work for us. We had a couple of calls with RM’s remote team in India who clarified a few things, and then we were up and running.” 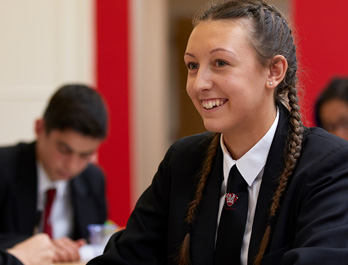 FitzWimarc School went live with MS Teams at half-term in the Summer Term, with full live lessons delivered remotely, and they are technically delighted with the platform. This coincided with some children returning to the classroom as the Government restrictions were eased, resulting in a blended learning model – with teachers giving each lesson twice – once for those pupils in the classroom, and then repeated for those at home. Whilst not the most efficient model, the hard work – creating the content – was reduced, as it was the same lesson – just delivered via two different mediums.

To try and alleviate the need to repeat lessons, FitzWimarc only delivered core lessons in class – all lessons from the wider curriculum – such as Computing – were delivered solely on MS Teams.

“We have used Microsoft Teams to link everything up. We plan to develop this further in the Autumn, with a more blended approach – just in case there is a return to some form of Lockdown. I can also envisage all homework in the future being set via MS Teams.”

Like many schools, The FitzWimarc School had to respond quickly to the evolving situation. Their staff were upskilled in things they never thought they would need – for example in adding audio to PowerPoint slides. This opened their eyes to what their existing technology could already do, yet had never needed to consider before. Quirky things quickly became mainstream.

“The Coronavirus has just accelerated things that we would eventually have got to. We looked at MS Teams six months ago, but didn’t think the time was right.” 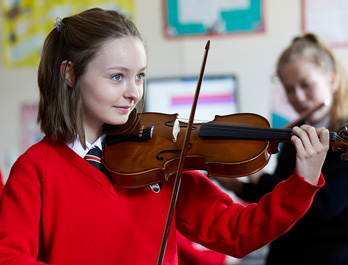 Clearly not everything was plain sailing. At first, staff were using email to explain things to their pupils, and writing something down took ten times as long as it did to just tell someone face-to-face. This was why they switched to pre-recorded lessons.

It is also fair to say that they encountered a few technical problems – especially at first – both in getting used to the new software, but also because many pupils (and staff) did not have a laptop, or what they had was too old or had been poorly specified to run the software they now needed. At the same time, they had to overcome these issues remotely – they were not able to bring their device into the computing room for someone else to problem solve for them, in the ways they had become used to in the past.

The FitzWimarc School also feel they benefited from having a technology partner at hand through this period. They turned to RM to help them set up laptops that had been designed to only work on the school network to now work remotely; to help them configure Microsoft Teams the way they needed it (for example in disabling the chat function for those in the Lower School); and for general guidance and instruction on getting the most from MS Teams – largely from accessing the resources on the RM website.

As a school, everyone got involved. They set up a Staff Teams channel, and had a group of the SLT trying things out before rolling them out to the wider school. That said, a lot of staff tried things for themselves and quickly found useful new features.

“It was quite telling that the first day when we had all the staff physically back in school, they were all on Microsoft Teams.”

The pandemic has necessitated a rapid response from schools to a unique situation. It has required teachers – and all school employees, pupils and parents – to learn quickly and gain new skills almost overnight. Whilst some had thought about some of this before (e.g. moving their school’s technology to the cloud), for most these decisions had been put off for another day. That day was now.

The legacy that most school leaders hope for more than any other, is that people learn from what we have been through, and take those lessons into the “new normal” – from a technology perspective that is about continuing with platforms like Microsoft Teams, and integrate them into a more traditional classroom environment.

“The word ‘Zoom’ will become synonymous with video communication – in the same way that ‘to Google’ means to search online, and ‘to Hoover’ means to run the vacuum cleaner around. Remote Learning should be an intrinsic part of how we teach, and not anything special or out of the ordinary.”