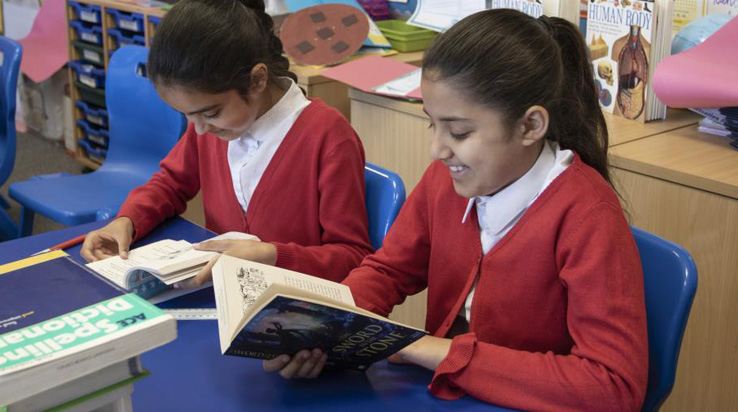 Opened in 1887, Brockmoor Primary School is a two-form entry community school for mainstream pupils (aged 3-11). The school caters for 422 pupils and their Specialist Nursery Unit hosts 17 children with Special Educational Needs (SEN). Sited at the centre of the small town of Brierley Hill – two-and-a-half miles south west of Dudley in the West Midlands.

Brierley Hill is in the bottom 8% of deprived areas in the country, and the last 30 years have seen wholesale changes in the local employment landscape. Large employers in traditional industries (steel, glassmaking) have disappeared, whilst the development of a large shopping centre, and the area being designated an enterprise zone, has seen the emergence of new businesses requiring different skills. It is an area that faces many socio-economic challenges, but equally demonstrates a strong community spirit.

This is especially true of the Primary School, where over a quarter of their pupils have English as an additional language (EAL), 42% are entitled to free school meals, and more than a quarter have Special Educational Needs (SEN). Only a third of their children achieved the expected standards in reading, writing and maths in KS2 in 2019, and the school is currently rated “Requires Improvement” by Ofsted.

Despite this (or perhaps because of it), there is a strong ethos of enthusiasm for learning that is infectious in helping their pupils develop life skills, such as resilience and the ability to work together, in preparation for Secondary School and beyond. Values are strong and centre on the word “Aspire” – Ambition, Success, Perseverance, Independence, Respect and Excellence.

Given this focus, there is a recognition of the importance of technology in the school, and they have worked with RM – as their outsourced IT managed services provider – for many years as part of Dudley Grid for Learning (DGfL)’s relationship with many schools in the area– and have agreed to continue the contract past 2021.

Over recent years, Brockmoor Primary – like many schools – were inching towards becoming a more technically enhanced school. Their on-premise server was reaching capacity and they had moved to SharePoint over the summer holidays in 2018 with the help of RM.

That said, teaching staff were nervous about moving away from a physical server, necessitating the Head to propose a two-stage process – with all admin/leadership/Safeguarding and SEN files moving to SharePoint in the first instance and everything else following later that year. The school worked hard to arrange files around access levels, with common file types and subjects placed together.

“Whilst we have an amazing team, many staff were not that skilled digitally and some were reluctant to embrace this level of change. One of the tools they used was SMART Notebook, which cannot be accessed in the cloud, creating an additional concern, hence the Head deciding to continue a hybrid approach”.

At around this time, the school discussed the benefits of MS Teams with their RM Account Manager, as a way to expand their cloud capability beyond simply a file storage facility. Cloud solutions and technology in schools is also very much part of the DfE’s edTech agenda, who have invested significantly during/after lockdown with both hardware devices for disadvantaged children, remote learning platforms for schools, along with funding for edTech demonstrator schools and colleges.

“I have always felt that it all starts with the vision and the strategy – what do we need and what do we want? How do we get there and what are the plans to make it happen?”

RM arranged for Brockmoor School to see MS Teams in action at a local Primary School, deliberately selecting one where the Business Manager was not the most digitally skilled person (or initially a fan of this solution), to try and give Brockmoor an honest appraisal.

“This visit proved useful in helping us visualise the benefits of MS Teams as well as seeing the journey that that school had been on to introduce it”. 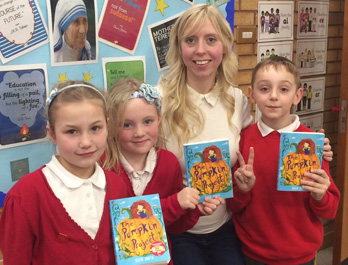 In Summer 2019 Brockmoor moved everything over to MS Teams and in Autumn 2019 started to roll it out to staff. Their initial session was not hugely successful due to access problems with trying to get everyone online at a time when their broadband capacity was somewhat limited. The school were due to upgrade to a fibre connection at around this time, so decided to wait for that to be installed before trying to roll out MS Teams again. They tried a second time at the end of 2019 which proved much more successful. The plan was then to revisit their vision and strategy as they now had a new Head in place, and it was important to check what direction they wanted to take the school.

“We were in a position where we had a platform that could be used but no skills/confidence from staff in using it. Instead, we relied on workbooks and other links accessed from the website and hand delivered packs”.

At this point the school were mainly using Zoom for meetings, but– with encouragement from certain staff – started to look again at MS Teams.

One ‘sell’ for MS Teams with the staff, was that they were forced to use it to work collaboratively on the curriculum and so were sharing documents and using the virtual meeting options. However, it took until the last few weeks of the summer to get online classes started for Year 5.

“Had we pushed ahead with the training and been braver to move to the cloud fully, we would have been better prepared for lockdown. However – even with that in place – you still have access issues for parents lacking the right kit, not having reliable internet connections, language barriers etc. I also think that Primary-aged children find it much more challenging to engage effectively with online learning than those in Secondary Schools given their respective ages and abilities”.

The school persevered – and whilst it was hard for staff having to work at home (especially those having to home-school their own children at the same time) – staff as a whole responded remarkably. The Admin and Leadership Team found it relatively easy to work together and became accustomed to using MS Teams. That said, the school continued to use WhatsApp for key messaging and – initially – Zoom for some meetings (as some people found these easier to use).

“Lockdown made a lot of teaching staff embrace MS Teams more, but a lot of people still lacked the skills and the confidence”. 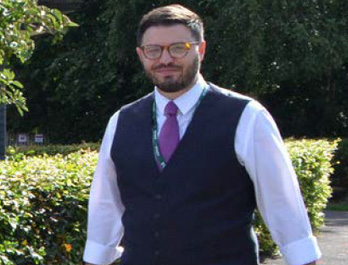 The breakthrough in many respects came when the DfE announced the fully funded platform scheme for Remote Learning. Brockmoor’s Account Manager from RM discussed this with their leadership team, and whilst staff were getting to grips with MS Teams, they took the decision to implement Google Classroom for the children, believing it to be better matched to their needs. They found the sign-up process (via the scheme) to be very easy, and barely a month later, were up and running.

In some respects, they saw this as an insurance blanket – something that gave them flexibility should the school be forced to close again, or significant numbers of pupils needed to self-isolate.

One the of the biggest challenges all schools encountered was adjusting to the new ways of working – not least being unable to work face-to-face with colleagues developing resources, curriculum documents and planning together. Furthermore, with all the pressures and competing priorities that schools are facing – such as a new curriculum and trying to help pupils catch up from lost learning –it is no surprise that many – including Brockmoor Primary –found it hard to capitalise on their investment in these technology platforms – simply getting it on the agenda and finding time to ensure all staff had received the training and felt accomplished in using it.

Research undertaken by RM before the virus hit, suggested that many teachers can be reluctant to embrace greater technology in schools. Whilst the lockdown has forced many to be resourceful and more accepting of the benefits that it can bring, there are still many who are yet to be convinced.

“I think there are less doubters and people are a little more willing to embrace technology, but there is still a long way to go. Unless we provide adequate support and training and move forward decisively – with a clear plan and direction – we will always be faced with some levels of resistance”.

For Brockmoor Primary, having a technology partner like RM at hand proved invaluable – both in guiding the school through their various options, but also in supporting the roll-out of MS Teams for the staff and Google Classroom and G-suite for the pupils.

“For us, RM were there when we needed them, providing help and advice, and keeping us informed. We are teachers and educationalists – we are not technologists – I just don’t see how a school could have done this without a partner like RM to call upon”.

For a school like Brockmoor Primary, the decision to invest in Remote Learning platforms like MS Teams and Google Classroom has catapulted them forwards in so many ways:

Whilst the virus was something that no-one could have planned for, it has acted as the sort of opportunity that many were hoping for, to take their school forward.

“I am hopeful that there has been some headway in understanding how technology can help us deliver a first-class education to our children and support our vision for the school, rather than being seen as additional workload or even a barrier by some”.

But we are not there yet. There is still a lot of work to cement the processes and systems that have been developed, before even thinking about how to build on them in the future. The challenge is to do all this whilst still doing the “day job” – finding the time to do this amongst other priorities.

“My biggest personal hope is that technology and cloud-based systems can help us make efficiencies and give us back some of the work/life balance we need”. 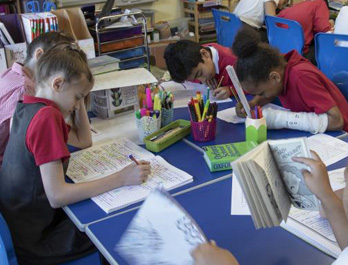 “I want to be able to provide solutions that work for everyone, that give us flexibility in how we do things, make us more adaptable and more effective in supporting learning. I want our children to embrace the digital age but to understand the dangers and the pitfalls. I want them to have the ability to weigh up and make judgements about the reliability and credibility of what they read…but first we need to get the staff there so they can be confident and skilled in taking the children with them”.