Accessing the DfE fully-funded scheme to deliver Remote Learning for pupils via Microsoft Teams within a small Primary School in rural Kent. 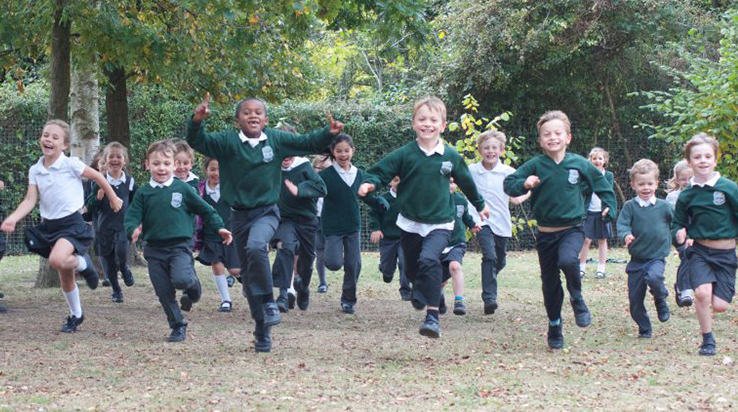 Hildenborough Church of England Primary School is a voluntary controlled Primary School for just over two-hundred boys and girls rising from five to eleven years of age. The school has served the local community since 1847, and is supported closely by the Rochester Diocese and forms part of the Tonbridge Village Schools Collaboration.

When the Government announced that most pupils would not be able to attend school from 20th March 2020, it was fair to say that – like many schools – that Hildenborough CE Primary School was not prepared – at least from a technology perspective.

In those first days they relied on emails to send work home to their pupils, supplemented by paper copies of worksheets for those who did not have access to computers.

“The first challenge we faced was having to collect email addresses for all of our parents – plus gain their consent to email them the necessary information.” 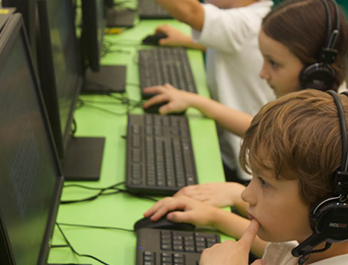 This was far from ideal – with a slightly shaky remote working system that would repeatedly throw users out – and the fact that not all staff had laptops themselves, meaning that the school had to purchase them for the teachers.

The school then looked into the use of Tapestry – an Early Years piece of software – that whilst adequate, was not really what they needed. As such, in the lead up to the Easter Holidays, they took the plunge to invest in Microsoft Office 365 across the school, enlisting their local IT company to implement this for them.

It was around this time that the Department for Education launched a scheme – in mid-April 2020 – providing schools with government-funded support to access one of two free-to-use digital education platforms, which came to the attention of Hildenborough Church of England Primary School. The school applied immediately – commenting how easy the process was.

The school had little awareness of RM prior to this time, but selected RM as their implementation partner (from a short drop-down list as part of the DfE scheme), and have never looked back. The process was relatively seamless, and did not take long from initial application to the school being live with a new Microsoft for Education Remote Learning Platform.

At this point, the school openly admit that not all of their teachers were fully conversant with the latest technology, nor that confident in using it – something that had previously been shown was typical in research that RM had undertaken with schools across the UK – three months before the Coronavirus outbreak arose.

“One of our biggest unknowns was that we simply did not appreciate how much the software could do for us – as we learnt more and more, it became a real eye opener.” 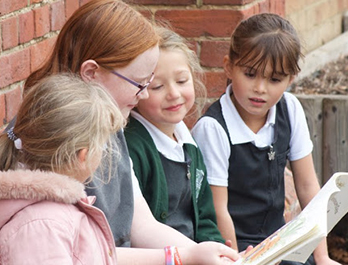 As an example, they quickly realised that some users had not logged out of the old system, meaning that they effectively by-passed the brand new RM Unify platform – something that took a while to work out – one of the challenges of doing everything remotely and not sitting over everyone.

The School were grateful for the support that RM provided for them – with an initial phone call to talk them through the new system, coupled with the sharing of a number of links to documents and videos of how to get started. The Account Manager allocated to them proved particularly patient and happy to answer the numerous questions that they had.

“We kept coming across new features that we didn’t know about – for example Microsoft Streams as an amazing way to share the Year 3/4 Play that was filmed before lockdown and we were keen to show to parents, but until this point had not found a way.”

The School supplemented what was provided by RM with their own screenshots that they circulated, as well as looking things up themselves on the Internet. They put in place a weekly MS Teams chat – although were then thrown when some users could see nine attendees, and others just four, (and some even appeared upside down!). Once again the RM Account Manager came to the rescue.

The School are confident that not only will they continue to use the technology in the future, but they will expand upon it. They are already sharing files on One-Drive, using Microsoft Teams for staff meetings and to communicate with Governors, and are looking to move all of their school files into the cloud. They are also seeing great collaboration between learners.

“Stopping it now would be a backward step – for our pupils and for our staff.” 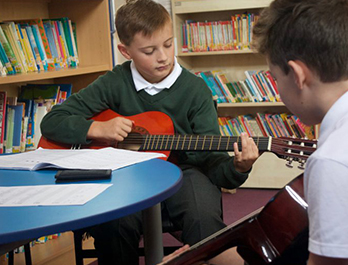 The School had always been keen for children to learn about technology at an early age. With what they have just been through over the past three month has served to open the door for their pupils to be even better prepared for what Secondary School (and beyond) will expect of them.

“We have just been using the Microsoft Teams Forms app to collect feedback from parents about when they will be sending their children back to school. There is no end to how useful this will prove to be.”