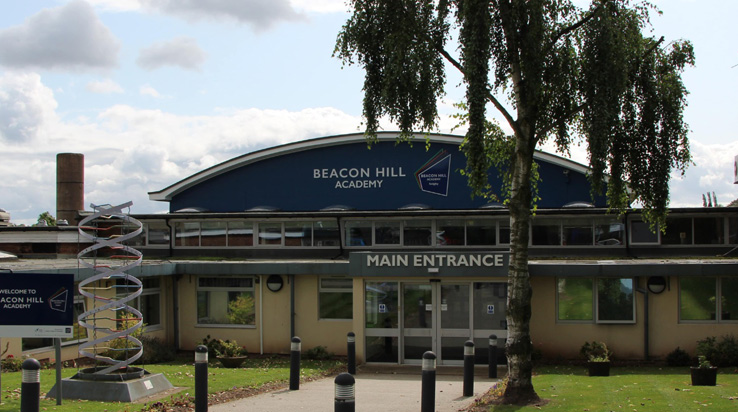 Beacon Hill Academy is a mixed Secondary School of over 1,000 learners aged 11 to 16, in Sedgley, near Dudley, in the West Midlands. It is part of the local Dudley Academies Trust, which comprises three other Secondary Academies and one Primary Academy, under the sponsorship of a local Further Education College.

Beacon Hill is the largest of the Academies in the Trust, drawing learners from a large number of different Primary Schools in a highly populated area. The area contains a high percentage of pupil premium learners – many who are eligible for free school meals. The school was judged ‘good’ by Ofsted in its latest report, in November 2015. They are also one of the very few schools in the area with a dedicated Autistic Spectrum Base, so have a large intake of learners on the Autistic Spectrum who require additional support.

RM have provided hardware, software and systems support to the school for over 20 years, as part of the Dudley Grid for Learning scheme and have been through many system refreshes and complete technology overhauls during this time. Beacon Hill Academy operates an entirely CC4 network which allows RM to monitor, maintain and manage their networks, working with their onsite IT Staff. RM also support the Academy’s Microsoft Office 365 Cloud Services suite.

When the Prime Minister announced that schools were closing to the majority of learners on 20th March 2020 – like many schools nationally – Beacon Hill Academy found this challenging. Dudley Academies Trust chose to close each Academy site and instead educate vulnerable learners and those of key workers at Dudley College’s site, the Sponsor for the Trust, which in itself demonstrates the pooled value of the trust model.

Whilst all staff and learners in Beacon Hill Academy had both email addresses and Active Directory login details, technology implementation in lessons was limited at this point.

The Academy had started to move staff to the Cloud, by migrating 90% of staff files to per-department SharePoint sites, as well as encouraging the Senior Leadership Team to use Microsoft Teams at a basic level to collaborate on files and communicate with each other.

There was no use of Microsoft Teams in class lessons. Some teachers – primarily Business and Computing staff – had started to use SharePoint lists as a way to collect work from learners, but this was only in a limited capacity and on the minimum of occasions.

The Academy had implemented TeamViewer for a small number of their SLT and admin staff to access their computers remotely, but this was often unreliable and difficult to use, especially if the physical computer devices had been switched off.

“While we had experienced school closures previously which meant we needed to set remote learning work, these were only for a few days at most. To do this, we uploaded work files to our school website, but this provided no method for marking or receiving work, so was limited in its effectiveness this time” 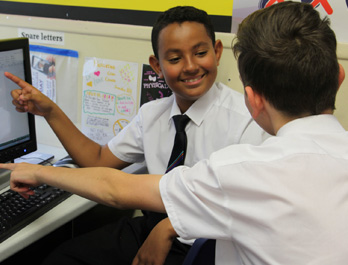 Beacon Hill Academy also had various other online learning platforms available which some learners were comfortable with using, such as Hegarty Maths, CENTURY Tech and GCSE Pod whichthey have used to supplement their website and Microsoft Teams-based learning.

“Prior to the shutdown, neither learners nor staff had any experience with distance/remote learning. This has meant that user adoption and upskilling has proved to be one of the most challenging aspects for us”

In response to the crisis, the Academy worked with RM to reset all of their learner’s passwords to something memorable which they would already know, without having to send them to each learner individually in the post. They believe that this has helped significantly reduce the number of support queries.

Their learners – like many young people – are quick to adopt new technologies, so as soon as they knew what their new passwords were, many were able to get on to Microsoft Teams and begin learning straight away, with little to no guidance. For the smaller subset of learners that did require some support, they have been able to handle this with relative ease, with support from both RM and Microsoft on the more complex issues.

“From a Distance Learning perspective, with the support of RM, we have had very few issues and are confident that our efforts and utilisation of technology – combined with the resilience and hard work of our learners and staff – has ensured that our learners continue to receive the highest quality education possible in the circumstances, until we return to school”

But it hasn’t all been plain sailing. There are still a number of users not engaging with the online learning. They have sought to address this by offering rewards and other incentives, combined with phone calls home, which has improve this situation week on week.

Beacon Hill Academy has also been faced – like many schools – with challenges around ICT access for learners who do not have laptops. Whilst the launch of the Department for Education scheme to provide free laptops and 4G routers for disadvantaged learners may help, they have been creating work that can be accessed and used via mobile phones, converting voice over PowerPoints into MP4 files and using Microsoft Forms rather than worksheets, to engage with learners. In addition, the Academy has been offering support in the form of free laptop hire, internet dongles, reward incentives and regular phone calls home to support families with home learning.

Where the launch of Microsoft Teams at Beacon Hill Academy was straightforward and successful, their partner, St James Academy, proved significantly more challenging due to the way their network was configured. As such, they were very reliant on RM’s support that included matching SIMS users with those on RM Unify, assisting with the conversion of Office Groups into Microsoft Teams so that they could be used as classes for teaching, granting admin access to certain users to allow them to use the Microsoft Teams admin console, and investigating the possibility of enabling weekly guardian reports for Microsoft Teams.

“Without the help of RM, we would not have been able to launch Microsoft Teams as a distance learning solution at St James Academy, and would have not been able to manage the solution as effectively at Beacon Hill Academy” 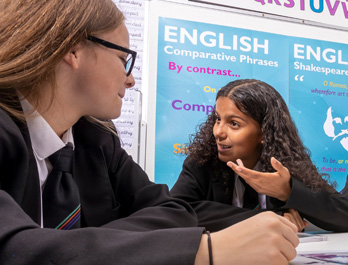 “Don’t be scared to embrace technology and reach out to other schools/Trusts for support. Technology is crucial in the future of education, and now is the time to embrace it”

Beacon Hill Academy agree with the RM research conducted before the virus that suggested that many teachers had historically been hesitant about greater technology adoption in schools, but feel that things may have changed, with school closures allowing teachers to recognise the possibilities that technology can bring to education. Simple things such as using Microsoft Teams to set and collect homework once school’s return, will not only reduce the need for paper homework, but also remove age-old excuses such as “I forgot my homework”!

“I think that because teachers have had to practise their technology skills during this time, they will more readily adopt other technology and software that we introduce in the future” 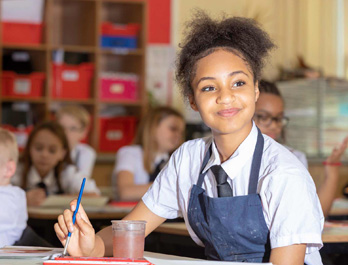 The Academy admit that there are still areas of Microsoft Teams that they would like to explore further, such as the discussion forums for different subject classes, plus the use of OneNote for learners to use as their online learning notebook which has interesting classroom and homework possibilities.

Whilst it will take some time to return to absolute normality, getting learners and staff back into a routine, reminding them of expectations and recovering from the learning time lost, is essential. The Academy hope that their distance learning programme will have minimised the impact of lost classroom time as much as possible, but there will inevitably still be some ground to recover.

Finally, like many of us, Beacon Hill Academy hope that learners and staff have used the time well to learn new skills, develop interesting hobbies, get some well-deserved rest and spend time with their close families. Post-lockdown there is a genuine hope that the enforced distancing will have strengthened those friendships.

“I personally hope that schools up and down the country will further embrace technology in their classrooms. Our aim is to ‘develop inspirational schools which instil ambition and desire in young learners, open their minds, widen their horizons and equip them to succeed in a challenging world’ and I think technology is a great tool in helping us – and others – to achieve this”