Transitioning to Remote Learning with Google Classroom at the Sentamu Academy Learning Trust. 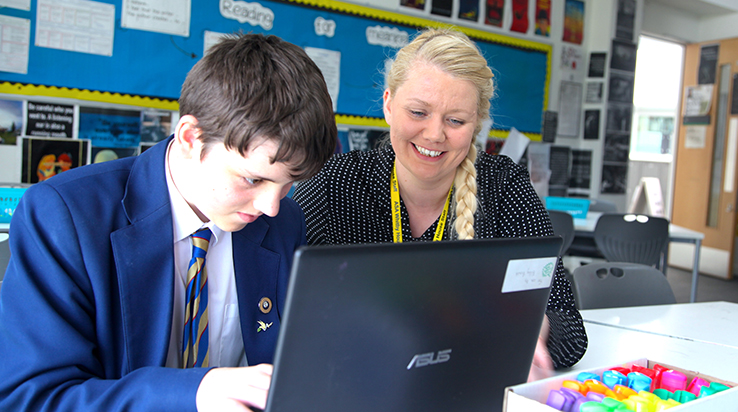 The Sentamu Academy Learning Trust (SALT) was created in February 2015 and comprises a Secondary Academy, two Alternative Provision Academies (Year 6 – Year 11) and two Primary Academies – all on the eastern side of Hull – one of the twenty most deprived areas of the UK. With 1,300 students, 140 in the Sixth Form, most live locally to the academies.

RM has been their technology partner since 2008 – long before the Trust was formed – with the original school technicians moving over to RM at the outset. They have been a customer ever since.

With the help of Building Schools for the Future (BSF) funding, the main Secondary Academy moved into a modern new building in 2011, and at that time took the decision to become an Apple Academy, with Macs, iPads and iMacs in every classroom. Whilst this has served them well until recently, the plan is to become a PC-only Academy, with 200 new desktop PCs introduced in the summer of 2019. Networking Apple devices has been problematic from the outset, and the decision to move to a more conventional IT set up could not have come at a better time, given what has happened with the Coronavirus lockdown.

Prior to the Government announcing the closure of (most) schools from 20th March 2020, there were pockets of the school that were already using online platforms – mainly Google Classroom – especially in the more creative subjects such as photography, graphic design, film and media – sharing and marking work for several years. When the lockdown was announced around 90% of the school turned to Google Classroom, with the remainder using other online resources – including Oak Academy, MIND Matters and Seneca Learning – which were already being used in some areas. 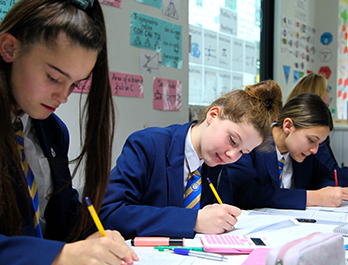 By the end of February 2020, the Trust was anticipating where this was heading, and started to mobilise contingency plans behind the scenes. By working closely with the team at RM, the Trust were able to offer Remote Learning to everyone in the Trust from the moment the Prime Minister made his announcement about school closures.

That said, providing access to all was a problem. Many families either did not have a broadband connection, or were limited by data caps, with others forced to share devices with fellow household members. At first the school sought to overcome this by sending home paper assignments, but with the launch of the Department for Education scheme to provide free laptops and 4G routers for disadvantaged pupils, they applied for a number of devices, and have so far been able to provide around half of the students who are without, with a means to connect remotely.

One of the next challenges they encountered was that whilst 1,300 children had all originally been issued with User Names and Passwords, most had forgotten them. It was at this point that RM stepped in and pro-actively acted to provide a full list for the Trust, and then to reset them all to something much easier to use as a one-off sweep, allowing students to then log in and change them to something that they would remember.

The next issue was one of communication. Working with RM, the Trust set up a bespoke email address for parents and students that was promoted on Facebook and other platforms, directing all requests for things like password requests to them. At first, they were getting 30-40 requests a day, but over time this has dropped to a mere handful.

Echoing some of the findings from the national research that RM conducted earlier in 2020, many teachers in the Trust had become cynical about the role that technology could play in their school. In the early days they had been spoilt with the latest kit – whiteboards, smartboards, visualisers etc. – but with a shift towards more traditional teaching methods, these have simply gathered dust in the corner of a classroom. The good news is that with the Covid-19 shut down this could all change.

“People’s attitudes toward technology will change as a result of the virus. For good or for bad, teachers have been forced to adapt, and have realised that the technology that we have can really help them in their roles" 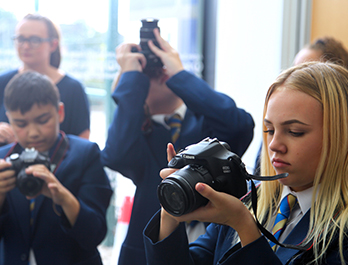 Teachers are not the only ones – many students had not always used the technology resources provided in the past – and it is heartening to see so many using their own initiative to start to collaborate using the tools available for them. This is especially important as it will be preparing them for the kind of engagement that will be expected of them as they enter the workplace.

“Children are very adept, and we often do our best to deskill them! Lockdown has given them the space to practice and experiment more than they usually would be allowed to” 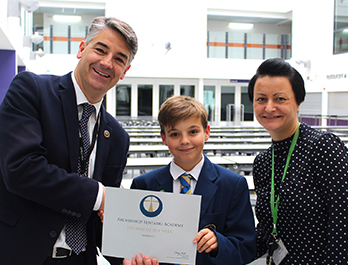 Until now, there has often been a reticence to encourage children to go online – whether that be a safeguarding concern or a prejudice that it is “not the real world”. The reality is that the lockdown has necessitated us lowering some of the barriers, and whilst there is no suggestion we should become complacent about such things, there is perhaps a happy medium where the online world is not the ogre that it was once painted as.

Finally, there is a genuine change in people’s attitude towards one another – of real kindness – often from people that one would not expect it – whether that be online coffee meetings with colleagues, family quizzes, the BBC Big Night In etc. – much of which has been facilitated by technology.

“With an army of teachers fresh from using this technology there is a very real chance that they will continue to embrace it – recognising that taking someone else’s content is not a failing – instead it will free them up to focus on what they do individually and very well – deliver.”