#BeKindToYourself – what it means to people in RM

The third week of May was Mental Health Awareness Week, and Romy is an Executive Assistant within RM, and penned this insightful blog of what #BeKindToYourself means to her, and many people like her across the RM team. 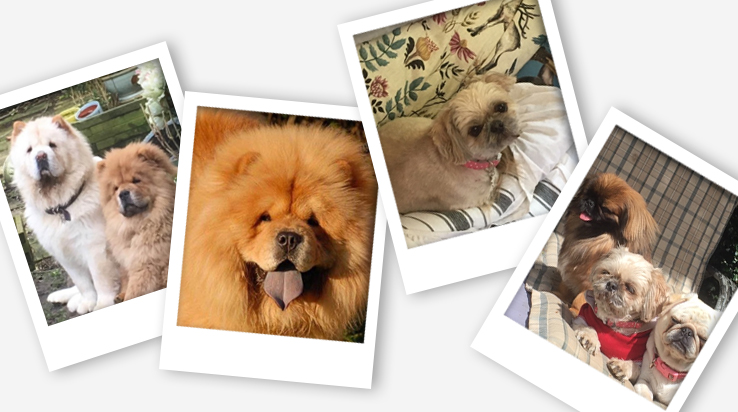 We're coming to the end of Mental Health Awareness Week #BeKindtoYourself, which admittedly I began with some trepidation. How am I supposed to be kind to myself? What does it mean? Me, the person who runs the house, looks after Mum (a person who, if we're being honest, really is capable of putting the kettle on and making her own cup of tea), feeds, walks and adores 7 dogs and works a fulltime job – how have I got time to be kind to myself? I was on a call a few weeks ago when we discussed how the week was going to run and I mentioned this to Sidonie and Ann. The answer was quite clear – "Make it".

I dutifully added Mental Health Awareness Week - #BeKindtoYourself to the RM Software Team's Board Meeting Agenda and worried a bit more – in the office I'd put posters up, organise a bake sale so people can eat cake whilst donating to charity, grab the trolley out of the kitchen and walk through the office trying to get rid of the last few pieces – a task I particularly enjoy as growing up in Dubai and watching my brother date a succession of Emirates air-stewardesses one of the most used phrases in our house was "Chicken or Beef", but I digress.

But: during lockdown how were we going to promote this? How could I ask the Senior Leadership Team, who to be fairly honest have far greater things to discuss at the moment, to pull this one out of the bag? Resigning myself to the fact that it would just be another week under lockdown I clicked on a vlog as I was emptying the dishwasher. Prudence the Pug had a fit as the soft tones of Katy Hurley's voice (our HR Business Partner) came wafting through a device 4 foot above her head – Be Kind to Yourself, you need to do this. Prudence recovered and decided that the kindest thing she could do at that moment in time was to go for a little lie down – this working from home thing is hard work! I clicked on to Colin Evans' Vlog next (the Operations Director) – Be Kind to Yourself blared through the laptop speaker.

At this point Rufus decided something was going on and went to get Lexie (my cream Chow) so they could discuss "this mental health awareness thing" and "why is mummy trying to give us Co-Op malted milk biscuits instead of M&S".

At this point I looked at the clock on the oven to see if it was too early for a G&T (the six o'clock rule and all that) – 17:42 the oven clock declared. Might as well listen to another one then I told Oliver & Lusi (2 snoring 13 year old black Pugs who are stone deaf until they hear the rustle of a biscuit wrapper, crisp packet or the fridge open). Looking through the list of vlogs I selected the one from David Brooks (the Group CEO) – Be Kind to Yourself, my routine is... Switch off... I get dressed for work…. I work in a different room…" WOW! All ideas of my G&T forgotten I clicked onto John Baskerville's vlog (my boss – the Managing Director) – Be Kind to Yourself, more tips and just to prove how sad my little life is – I was actually mentioned by name for doing my bit to try and make meetings shorter and working days slightly more palatable! This was almost as good as watching David Beckham nearly fall through the window of Mrs Bumbles (our local delicatessen) as I walked Rufus last Saturday – I'm totally aware that he was looking at the dog but what a sight to behold!

Glancing at the clock again wondering if it should be a glass of Asti Martini instead of the G&T I saw it was still only 17:58 – time to listen to another vlog then – Simon Carter (Marketing Director) blares through the kitchen, there have been a couple of Microsoft Teams calls so Lexie is quite used to the sound of his voice and jumps up at the kitchen side (she's such a slapper), Be kind to Yourself, stories of walking through Regent's Park and listening to lions roar (from nearby London Zoo), poor old Rufus has to think about this, he looks like a lion but he doesn't roar, he woofs... Very strange.

Finally – the one I've been saving to last because it's going to be all about numbers and figures, profits and losses – I decide I'll watch Dave Field (Head of Finance) – 18.07, I could technically pour the gin in now and possibly try and drown myself if it's really depressing – it's not! RM have pulled together, we're working well and we're working as a team – it's not normal but nothing is these days. The next phrase I hear is "It's Mental Health Awareness Week – Be Kind To Yourself" (It's starting to sound like a long playing record now – enough already), but in fairness, I have full respect for Dave – I turned Joe Wickes off after 30 seconds, apparently, being kind to yourself can involve exercise too, this might be why Dave looks a bit thinner and my scales are advising me that social distancing is the new norm and it should only be one person at a time.

In terms of actually being kind to myself I posted at the beginning of the week that it was a time for a change – I was going to treat my body as a temple, be healthy, get some more exercise and calm down a bit. The last few weeks have been rocky to the point that on occasion I've wondered if I'm bipolar. How is it possible to have a superb, mentally stimulating day and then wake up the next and be totally non-motivated? Last week was horrific, a poorly pug, the news of the death of a close friend who succumbed to cancer and fairly grotty weather – always depressing. I sat on my couch last Sunday evening and declared that Being Kind to Yourself – my take on this was going to be healthy eating, no alcohol, 2 litres of water a day and potentially, actually setting up the couch to 5K App. Well, my mum nearly choked on her tea, Prudence spluttered in her sleep and Rufus looked at me as if to say "doesn't affect me – I'm far too important for all this rubbish".

At 10.00 on Sunday night I turned the TV off and announced it was time for bed – the dogs nearly died. Dreams were interrupted, they were kicked outside for their final pee when it was only just dark – what's going on they wondered. Rufus was in his element, early bed meant he got his malted milk biscuit early – the one joy in his little life now that all dog shows for the foreseeable future have been cancelled. I'm currently reading "Farewell to France" by Noel Barber which I'm thoroughly enjoying, going to bed early with book ensured I was fast asleep by 11, superb I thought. This is how healthy people live.

At 05.12 the next morning I woke up. Go back to sleep I told myself – yeah, right. Grabbing my phone, I checked my emails, played a couple of games of Candy Crush, looked at the clock again – 05.32. Might as well get up then – I still remember when this was the time that I went to bed! Walking down the corridor to let a barking George and Prudence out of the room I waited for Pandora. Whispering quietly so as not to wake mum a dishevelled Shih-tzu emerged from under the duvet, tip-toing my way across the floor I grabbed her and put her at the top of the stairs. Grabbing Lusi I went down to meet a cross-pawed Rufus at the back door. Pandora is still at the top of the stairs looking at me in disbelief – Pandora doesn't do early mornings.

Faced with 6 hungry dogs downstairs and one ditzy dog upstairs I tell Pandora to re-arrange the phrase: "Pandora: Bottom, get yours down now". The look I receive tells me I'm going to be sued for bullying and harassment in the workplace. So Beit. Feed dogs, laptop on – make my way through my to do list. 08.00 – realise I've had almost worked my way through the to-do list, I've even started on the stuff I've been putting off because I couldn't face it. Impressive! Feeling super proud of myself! It's be kind to yourself week – I'm a foodie, I shall make a bacon sandwich…. Divine! I've got the work bug – finally, feeling super proud I turn my laptop off at 7, my to-do list now has 4 items on it, I feel so much better – perhaps tonight I won't dream about work? Actually, having been up since 5ish I realise I'm probably too knackered to dream! 10.00 – time for bed – worry that I'm getting old then think how much better I feel for having had 6 hours sleep the night before.

Wake up the next morning feeling refreshed – again. Pandora has decided that she is most definitely not an early morning dog and refuses to eat her breakfast – oh dear, Another full day of work but mummy goes out to buy a rake – comes back with G&T flavoured popcorn, salted caramel popcorn, strawberry marshmallows (which are DIVINE) and a rake emblazoned with the word "Corona". How? I let her out ONCE! This tickles me – and as I stand up giggling and almost choking on my marshmallow I suddenly realise that it's the little things that count. I was over-thinking the whole "Being Kind to Yourself" to the point that it terrified me – I'm racked with various insecurities, highly competitive, (sorry – results driven), and in all fairness, if nothing else, this week has taught me that by taking a step back I can actually be far more productive, far more relaxed and enjoy the here and now rather than worry about the what ifs – and I did that by making an attempt to look after myself a bit better. Nothing drastic, I'm still sitting here in my glasses when I'm supposed to be going to Sainsbury's to get some food (the main focal point of life these days). A startling realisation – me, the Queen of TV, the person who falls asleep in front of the TV every night has decided she's seen enough – it's time to get the garden looking good, and nothing gets rid of stress quite like digging nettles and horrible prickly 6ft weed things up from the roots.

Pandora is apparently still planning on suing me for harassment and bullying so I'd better add a few packets of dog-treats to the shopping list!

A huge thanks to the Senior Leadership Team, HR and the Executive Team for promoting Mental Health Awareness Week and #BeKindtoYourself