The evolving role of schools in keeping children safe online 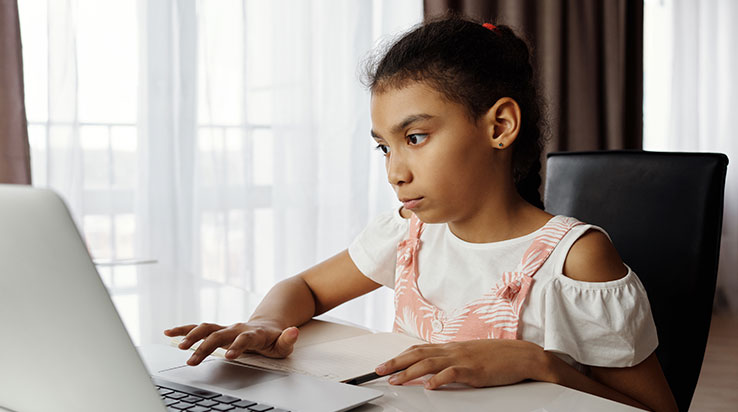 As many schools closed their gates for all but a few pupils, offices shut down, and huge swathes of the population were confined to their homes for 23 hours a day, digital technologies proved to be a saviour in the early days of the pandemic. Houseparty and Zoom became household names overnight, virtual pub quizzes proliferated and Tik Tok videos showcasing the best of humanity’s spirit and creative flair in adverse circumstances went uber-viral.

The internet allowed many schools to set up ‘online classrooms’ rapidly and economically, facilitating at least some degree of continuing educational provision for parents and children to access at will. From downloadable resources to webinars and even some live virtual teaching via Google Meet and Microsoft Teams, schools innovated, adapted, and did the best they could in unprecedented (the word we all grew to hate) and extraordinarily difficult circumstances.

Parents too found themselves having to take a new perspective on their children’s online activity. Even the previously digitally averse found themselves acquiescing to more and more screen-time for their children – not just for essential educational purposes but as a crucial social lifeline to their friends and a regrettable but much-needed source of entertainment and diversion to keep their children occupied through the un-ending Groundhog days of lockdown, particularly with many parents also juggling work with childcare and home learning.

The challenges for schools and parents

While there are undoubtedly positive aspects to this expedited takeover of children’s daily lives by ‘The Screen’, these are, inevitably, counter balanced by some potential negatives. Not so long ago ‘screen-time’ mostly meant live TV viewing – scheduled and subject to watershed rules and other programming regulation – but the rise of phone apps and games, social media channels, video-sharing platforms and subscription video-on-demand services now means there is a bewildering array of ways in which children can be engaged on screen. Herein of course lies the potentially darker side of the digital world.

While conscientious parents and carers may try hard to put in place measures to prevent their children from accessing harmful content or being exposed to individuals who may not have their children’s best interests at heart, the frightening reality is that it is extremely difficult, if not impossible for parents to control every aspect of their children’s digital life without constant monitoring. The recent case of a suicide video that allegedly went viral on Tik Tok illustrates very well the risks inherent in social media and video streaming sites – that while the vast majority of interactions will be positive or harmless, it is all too easy for something or someone unscrupulous to slip through the net. Ultimately, we are all at the mercy of meta-tags.

At RM we understand the increased pressures schools have been under this year, including the expectation to switch to delivering education to their pupils remotely during lockdown(s), whilst ensuring safeguarding remained a top priority.

We invited online safeguarding expert Charlotte Aynsley to deliver one of our RM Integris Webinars for School Leaders on the topic of Safeguarding Children Online. 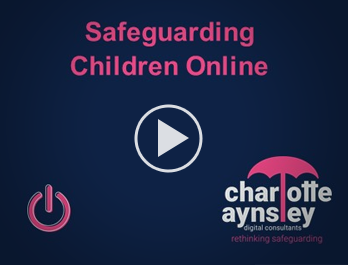 Alongside more and more children spending an increasing amount of time online, we have seen some highly worrying trends. While we might like to think that predators on the internet are a rarity, the figures suggest otherwise: worldwide there were eight million attempts to access child sexual abuse imagery in April alone, according to data gathered by the BBC, and 300,000 people are considered a threat to children in the UK. We’ve seen ‘Zoombombings’ whereby hackers hijack an online classroom to post inappropriate content, and the incidents we know about are surely only the tip of the iceberg. How many ‘minor’ incidences of children sharing inappropriate content with one another via WhatsApp or other social media platforms go unreported?

We have always known, of course, that there are numerous ways in which the internet can have a detrimental impact on children, whether it’s the risks of grooming or radicalisation, fake news, bullying and social exclusion, spending more time alone, stumbling across inappropriate content, or increasingly, the creation and sharing of their own content that may make them a target in the present, or which they may come to regret in later life. But while the understanding that we as a society need to do more to protect children is not new, the impetus to do something about it – and quickly – has never been greater. What’s more, as primary and secondary schools make giant leaps into online provision of learning, the responsibility for safeguarding children online moves more firmly into their court. It is no longer just about teaching children about safe internet usage but now about ensuring they are safe while at home and engaged in remote learning.

The need for co-action

As schools up and down the country scramble to create remote learning policies and provision in order to meet the demands of the Coronavirus Act 2020 Provision of Remote Education (England) Temporary Continuity Direction – and the equivalents in Scotland, Wales and Northern Ireland – leaders will need to be asking themselves how to safeguard both their pupils and teachers online and for many this will be new, unchartered territory. They will need to think broadly around the issue – giving sufficient regard to each of the 3 Cs – ‘content, contact and conduct’. They need to think about filtering and monitoring, codes of conduct and reporting systems. Arguably, the line between parental responsibility and that of the school for what children are doing online while at home on personally-owned devices is becoming blurred. Schools may feel that their duty of care extends to raising awareness with parents and carers of the ever-evolving risks and harms in the online space, to help mitigate them. Nevertheless, this represents yet another responsibility expected of schools and school leaders by society at an already very challenging time.