How a Primary School in the heart of the West Midlands is committed to making the school, its staff, pupils, and their parents better appreciate the role of technology as they build for the future 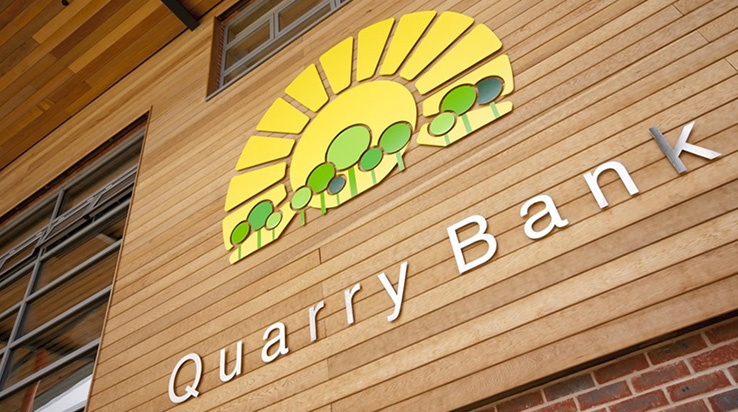 Quarry Bank Primary School is a 1.5 form Primary School, teaching around 380 children from Nursery to Year 6 on the Quarry Bank High Street in Dudley – in the heart of the West Midlands. The catchment is varied with roughly a third of pupils eligible for pupil premium, but whilst the area is historically quite industrial, it is located close to the Merry Hill Shopping Centre.

The school’s values dictate the way the school has always operated – in asking their children to work hard, be kind, and to better themselves. Perhaps with that in mind, they recognised at an early stage the importance of technology within an education environment, appointing RM over 11 years ago to provide regular technical support on-site and remotely. RM manage all of their computer devices and support the school’s technology infrastructure.

“The school relies on our Technology Account Manager at RM to support us in deciding our school’s technology strategy whilst ensuring we take advantage of all the services that we buy in to”.

Despite this – but like many Primary Schools in this country prior to the Coronavirus pandemic turning everything upside down in March 2020 – Quarry Bank Primary did not have many computer devices, nor would they admit to being particularly technologically advanced. Whilst there were several members of staff that had some of this expertise, the pandemic forced everyone to gain this appreciation and to share knowledge.

“Whilst it seems odd to say it now, at the time there was certainly a resistance to move to new tech and engage with cloud-based provision and learner platforms. CC4 access was being used to enable staff to connect remotely, but our hardware was limited and our appreciation of what it could do, likewise”.

Whilst the school had made earlier attempts to migrate to cloud-based infrastructure, they were never sustained, and there were always other priorities – such as responding to Ofsted inspections, and putting in place the type of improvements that that necessitated.

That said, when the Prime Minister made his announcement on 18th March 2020 that schools would close to all but the vulnerable and children of key workers, the school quickly realised that they were better prepared than they might have thought, with many of the basics already in place.

“We followed very clear teaching principles and we were confident in our ability to create resources to share with the children whilst they were at home, however we lacked the means to share and communicate that with parents”.

As such, the first Lockdown became a turning point for the school, as they had to engage with learning platforms and portals to share work.

Initially, the school widened its existing use of Class Dojo as a school platform. Each teacher was able to share their learning activities with their pupils and they had a fantastic means of keeping in touch with the whole-school community. This platform enabled the school to be available to parents during a very stressful and anxious time – supporting families academically and pastorally.

“In the first Lockdown we were galvanised as a community and parents loved seeing photos and videos of work being completed at home”. 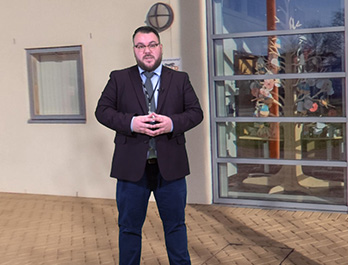 Lockdown 2 – however – took them to a new level. They retained all of the positives from Class Dojo but expanded them with the Microsoft teaching tools to make a much stronger academic offer.

Being better prepared, the school were able to provide all of their learners with their own Office 365 login details (alongside other platforms such as TT Rockstars, Spelling Shed and Read Theory). They were also better prepared with hardware – purchasing additional Chromebooks through RM, meaning that the laptops they used for the delivery of the Computing curriculum could now be provided to teachers so they could use a school laptop to deliver home-learning. Visualisers were also bought for all staff so that they could record elements of teaching to share with the children.

“We decided to offer both asynchronous and synchronous teaching to our students. Being able to share a mixture of live lessons and pre-recorded meant that the majority of our children could access most of the learning”.

Lessons were often recorded through MS Stream or straight through the Class Dojo platform. MS Teams was used a great deal for children to access lessons but more importantly, they made live sessions available for children to just catch-up on the day and check in with them on a pastoral basis. Some teachers used the technology to regularly hold parent mornings where they would have a coffee with parents in an attempt to stay connected but to also acknowledge parent’s wishes and feelings.

Towards the end of the second Lockdown, MS Forms was introduced so that children could receive instant feedback on their learning in a way that teachers could help reduce their workload (in terms of marking).

At the same time, Google Forms was being used to ascertain parents’ views of home-learning – which whilst hugely positive, identified a concern amongst many parents about their children’s mental health needs. It was at that point that the school adjusted their remote learning offer so that as well as an emphasis on the c ore subjects, they also introduced a focus on mindfulness and wellbeing.

“The use of MS Teams and Class Dojo helped us to stay in touch with the children and helped them to feel connected”. 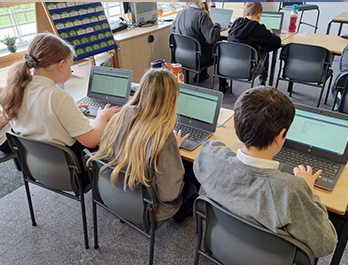 The school were now flying, adding third-party tools such as scavenger hunts embedded into their interactive virtual school tour (produced by a local school photography company) to invite the children back into school and providing conversation points to talk with their parents about their place in the class and where they go out to play.

Whilst most teachers think most about their delivery, in a Remote Learning environment one of the bigger challenges lies in adjusting to the environment where the learner is being taught. The difference is subtle, but important.

“We knew that rather than having a stable environment such as a classroom, teachers now had 30 very individual environments where their teaching would be received. This forced our teachers to work tirelessly throughout and remain incredibly flexible with their provision”.

To overcome issues with safeguarding, the school amended their policy to include Remote Learning, with the rules and routines made clear to all children. Whilst there were the expected teething problems in some remote lessons – with some parents having to be reminded not to hold discussions whilst teaching was happening, and children being asked not to mute other children – as teachers became more used to the technology and the settings available to them through the software, these issues were quickly negated.

This has been a huge learning curve for everyone. Towards the end of 2019, RM undertook research that suggested that there was significant resistance amongst teachers towards a greater use of technology in schools and Quarry Bank Primary admit that there were probably in a similar space – at least at this point – but for them it was the arrival of a new headteacher at this time who drove a whole-school improvement – with technology part of this new vision.

“Change can be good as long as people feel anchored by some consistency. Quickly developing technology provision would have been a change too far at that point. However, staff confidence in the use of technology has increased hugely since that point and now is the time to ride that wave to embed further developments, such as the move to the cloud and the use of further audio/visual hardware available to us”.

In the same way that a new headteacher proved the catalyst to change, the burning platform of the pandemic expedited everything. Importantly, for Quarry Bank Primary, by having a long-term technology partner as part of the team, they had someone to turn to when they needed it most.

“The support provided by RM underpins our entire tech journey. Trust in technology is hard-fought but easily lost. If something does not work – especially the introduction of new technology – users lose confidence very quickly and then stop engaging. Having the support of RM gave us great confidence in the technology, with any issue quickly and efficiently overcome”.

RM were there from the initial set up of login details to MS Teams, to the procurement of hardware, through to strategic advice and best practice, and consistent on-site and off-site technical support.

Quarry Bank Primary were fortunate in receiving hardware devices through various charities, as well as via the Department for Education Laptop scheme. RM were on hand to quickly set each up, ensuring their most in-need children received support at the earliest possible opportunity.

“The access to technical support was second-to-none, despite many of RM’s technicians working from home during the pandemic. As an example, we had arranged a live PE session with Mr Motivator at 9.30am on the first day back after half-term as a special treat for key worker children being taught at school. At 8:45am we discovered that he was using Zoom, which we had never used before, but our RM technical support team remotely installed the software on all computers in school within 30 minutes, meaning the children could access the session seamlessly, oblivious to the panic that had ensued 45 minutes earlier”.

Everyone was delighted when the Prime Minister finally announced that children could return to school from 8th March 2021 – not least the staff at Quarry Bank Primary – nothing could make up for missing the face-to-face contact with all of their children. However, it is important to not eradicate the preceding twelve months from our memories, but instead to build on what was learnt during this period…

“I hope a few things will come from this period: