How The Ladies’ College delivered a successful transition to cloud-based technology. 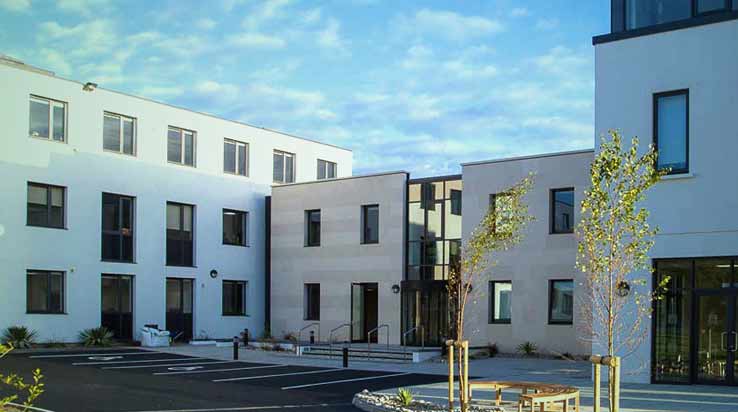 The Ladies’ College is a day school based in St Peter Port in Guernsey, and has approximately 550 pupils between the ages of 2.5 and 18 years old. The school is the second oldest girls’ school in the British Isles and will celebrate its 150th anniversary in 2021.

The school’s journey to the cloud began about 4 years ago when they knew they’d need to replace a server. Given they had already virtualised one server they had planned to virtualise the second, but they could see how Cloud technology was evolving and decided to start moving in that direction sooner rather than later.

The Challenge and The Vision

A Digital Champion staff group had been in place for 3 years to pioneer new technologies and examples of best practice, including running training for other members of staff. The school had always been early technology adopters, using Microsoft O365 since it had been known as live.com. They had also spent 18 months trialling tablet devices with keyboards as part of the plan to upgrade all staff from older laptops. Because the staff in school had already been using Microsoft technology they were familiar with how it worked.

Staff had been storing resources on local shared drives, which were originally designed to store admin files but had become a repository for teaching resources. The problem was that they were running out of space. The plan was to create a One Drive for each subject area and move resources from their current location into One Drive, but staff needed to share passwords and having everyone login to shared One Drives just wasn’t going to work.

There was an additional complication with Sharepoint, which was set up for staff use only. Each member of staff was given access permissions for their particular subject area, but if a geography teacher was covering an English class this meant they couldn’t access the relevant teaching resources.

Despite having access to Sharepoint and OneDrive there was a reticence among some staff to move away from their local file storage.

"We knew it was really important to make it as easy as possible for staff to move to the new system. We gave them 18 months to start using cloud-based file storage, and gave them the new folder structure to apply to their old local file storage. This meant that they didn’t have to move all their old files themselves – everything was in the right place and could be uploaded into the cloud quickly and easily."

In order to make best use of Sharepoint the school decided to establish an area for each year group, storing all the teaching resources in one place. In addition staff can access a staff-only area where they can all access all teaching resources. A consistent folder structure for all of that content was really important to ensure everyone knew where to save and find files.

Unsurprisingly some departments were more receptive to making the move to cloud-based storage, and some had still not moved after the 18 month notice period was over. At that point local file storage was switched off and all files moved. Some staff found the change difficult, complaining that files didn’t load quickly enough. Training and support was important to help educate them about when to open files directly from cloud storage rather than in O365. For example, if teachers were working in Excel spreadsheets with complex formulae they needed the full functionality of O365 rather than using editing apps in Sharepoint, for example.

It wasn’t possible to move all of the IT environment into the cloud, as some systems like the Finance system, need a local shared drive to write to. If that file storage moved to the cloud, the system just wouldn’t work. There are also some teaching resources, e.g. Corel draw files, that can be stored in Sharepoint but need to be downloaded to be able to use.

"One of the benefits of working with O365 is that it’s used by so many commercial organisations who push Microsoft to develop its functionality. The school benefits because all these improvements are available to us too."

For example, Janine is now evaluating the QnA with chatbot within the Microsoft Power Platform to help reduce helpdesk calls. The Chatbot would sit between the user and the helpdesk so if the chatbot can address the user’s problem a helpdesk call would never have to be raised. This is all part of the Microsoft Azure Cloud solution so there is no additional cost. Microsoft Flows have also proven useful, for example to help staff automate saving email attachments, so they never have to think about it or worry about losing an email.

Forms are also proving useful for the school’s BYOD scheme. When parents are ordering Microsoft Surfaces a branched form is used to capture their requirements. This then automatically populates a spreadsheet that Janine uses to form the basis of the hardware order.

The school are now rolling out Teams to support teaching. They identified 3 teachers who would be early adopters to pilot the technology. They can then become mentors for the wider school community for the wider rollout. They have used Teams to set up forms for assessment with students sent a link to a form to complete formative assessment. All results are then compiled automatically into a spreadsheet which makes it easy to analyse results.

Implementing the right user devices was an important part of the process and the school spent considerable time planning a strategy for rolling out either Microsoft Pro or Go tablets as managed devices. This was initially for teachers in 2019, and will include all students by September 2021, replacing smart phones and other devices. The tablets are set up using Autopilot and managed using Intune with RM providing technical support. One of the benefits of bringing together the strategy for hardware and software was that the training considered how teachers could use Teams, Forms and Classnotebook to ensure students made best use of the devices in the classroom.

RM Unify is the launch pad into all of this new technology for staff and students. It provides a simple single sign-on with a personal launch pad. This provides quick and easy links to tools like email, and enables individuals to add their own tiles of choice. RM Unify has a tile for each subject area which takes teachers straight to the relevant curriculum content on Sharepoint. The school have used tiles from the RM Unify Apps Library as well as creating their own. A tile for a baseline assessment system has simplified access for all the girls in the school, saving time and avoiding confusion over access instructions.

The school uses RM CC4 to manage all the classroom hardware. The school had been having some problems with users logged on in multiple locations but over half term the RM Engineering team provided support and helped resolve those difficulties.

"We will always need to manage some files securely on-premise, because for things like A-level listening exams it’s a requirement to access locally-stored files. Robust and reliable connectivity is critical and we have implemented a local Sharepoint back up just in case there is service disruption."

Setting the right access permissions for individual users has been an important component of making cloud-based storage work. Staff were used to managing their own local file storage and they now have a new way of working. But using Sharepoint has meant it is easier for the school to manage those permissions and ensure the right people can see the right material. It has been easier to set permissions in Sharepoint than it would have been to set them on a local server.

The school are now looking at how they can use more Flows. For example, IT support receives requests for help e.g. setting up tech for visiting speakers at assemblies. They plan to set up a tile on RM Unify, giving staff an easy link to IT Event Support, that will go straight to a form. This will capture what kind of support is required, and means the whole process for approving/rejecting and capturing requirements and tasks can be automated.

Flows will also be used to manage authorised absences. For example if a pupil has a dental appointment there is a paper or email based process that involves multiple hand-offs. A Flow could be triggered automatically by a request email and then all the steps of the approval process could be managed automatically, with an audit trail, and no paper to lose.

Staff have needed support to get the most out of the new cloud-based technology. It has taken 12 months for some tasks, like inserting a link to a file in an email rather than attaching the file, to be adopted. But now people are just getting on with it unless there’s a specific issue like slow network speeds or a file not loading. The problem generally relates to local devices rather than the cloudbased technology. Janine says ‘everyone has adapted at different speeds, and adoption rates can depend on how frequently someone has to do a particular task.’

It’s not only staff that have been impacted by the technology change. Students can now access their homework via Teams, or a link in an email. They can work on files such as an English essay on OneDrive, use TurnItIn for plagiarism checks and teachers can mark electronically. O365 allows teachers to mark and give feedback by adding comments, or using electronic writing if using a tablet. It’s all done electronically and a full version history is stored automatically.

"We’ve always enjoyed a pioneering approach to technology and have learned many valuable lessons along the way about how best to integrate and use new tools in our school. Making sure our teachers have the right training and support to use those tools and adapt their working practices has been a really important part of enabling change. RM Education have been a valuable partner on that journey, providing us with tools like RM Unify and expertise to help us implement change effectively."