Winterbourne Junior Girls School is in the borough of Croydon in South London, it is a state school with 3 forms per year group. It has a high percentage of EAL pupils and above the average number of Pupil Premium pupils. Winterbourne use RM Easimaths to raise attainment of maths for the whole school, saying it has an impact right across the spectrum of abilities.

Lucy Durrant, SLT member and Maths leader at Winterbourne Junior Girls School, is delighted with RM Easimaths and sees a clear link between use of the system and pupil progress, “those that use it (RM Easimaths) the most, make the most gains in their maths”.

Lucy is a clear driving force behind the success of RM Easimaths at the school. The pupils are timetabled into either, one of the two computer rooms, or with the tablets, every day for 15 minutes, this means that pupils access RM Easimaths at least 5 times a week in school. In addition pupils are encouraged to use RM Easimaths at home, which many of them do. The school also provides access to RM Easimaths for pupils at school before and after school if they do not have access to equipment at home.

Lucy Durrant suggested that the reasons behind the high level of pupil engagement with RM Easimaths are that pupils like the independence it can bring, the less confident pupils enjoy the fact that the work is tailored to their needs, and that it is visual so that they can see as well as hear the maths.

When using RM Easimaths pupils can’t see each others mistakes, giving pupils confidence to try things that they might be more reluctant to do in their classroom. Furthermore, RM Easimaths reads all the text aloud meaning that pupils who have weaker reading skills are not disadvantaged with the program, this is especially important for EAL pupils.

Lucy Durrant highlighted that teachers use the reports to see what pupils have been doing as well as to assess areas of strengths and weaknesses. The RM Easimaths reports are used for report writing as it gives fine detail on pupil progress.

At Winterbourne Junior Girls School pupils are rewarded for their usage of RM Easimaths on a weekly basis, presentations are made in assembly for the best users and all pupils have an equal chance of winning the awards so they are not reliant on their maths ability to win a prize.

To find out more about RM Easimaths, take a look at www.rm.com/rmeasimaths 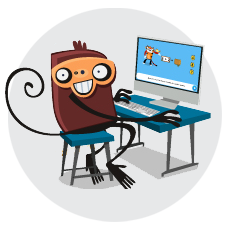 Best practice and suggestions for making RM Easimaths effective in your school. 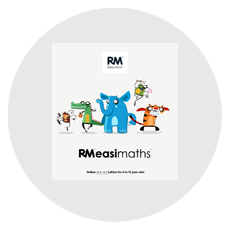 Find out which RM Easimaths service is right for you.

Categories: In the classroom, Case studies