Who are Ada, Mary, and Grace? And why are we blogging about them?

In 1842, Ada wrote the first algorithm designed to operate a machine. Without which, ultimately, there’d be no BrainPOP

So we think Ada’s #awesome and thought we’d highlight Ada and two other inspirational women from the history of STEM, all of which appear on BrainPOP UK. Without their insights and fierce intelligence, the world would be a very different place.

Remember, coding isn’t just for boys. If you’re a girl inspired by Ada and keen to learn more about coding try the following websites. Who knows, maybe your programming will change the world too. 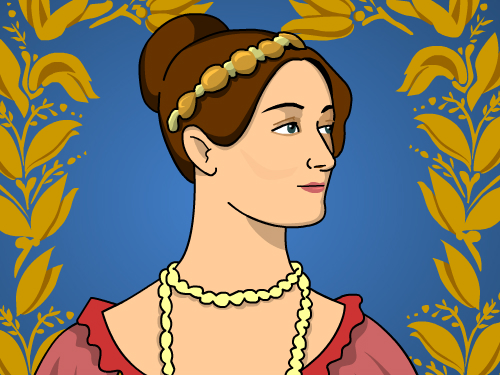 One of the earliest computer programmers actually lived before the first real computers even existed! In 1833, Augusta Ada Lovelace, daughter of the famous poet, Lord Byron, metCharles Babbage, a key figure in computer history. Lovelace and Babbage became fast friends, since Ada was not just a good hostess, but a skilled mathematician. When she translated an essay about Babbage’s Analytical Engine, she included her own notes describing how to use the machine to calculate a set of numbers.

Many historians recognise her as the world’s first computer programmer—although some people insist that Lovelace could not have come up with the program on her own and must have been working under Babbage’s supervision. In her original notes, however, she outlined possibilities for the machine—such as musical composition—that Babbage does not seem to have considered.

Whether she was the “first” programmer or not, she was a remarkable woman, and the U.S. Defense Department honoured her contribution to computer history in 1980 by giving her name—Ada—to a new computer programming language.

In our movie on Ada you’ll learn all about her early years, including her famous father, her battle against a major illness, and her love of mathematics. You’ll also meet Ada’s mentor, Mary Somerville, whom we come to next… 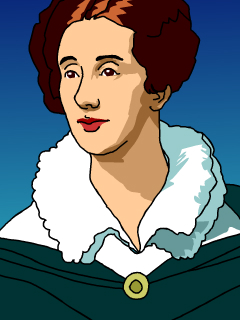 As Tim mentions in the movie, Ada Lovelace received guidance from her mentor, the writer and scientist Mary Somerville. A native of Scotland who lived from 1780 to 1872, Somerville was one of the most distinguished female scholars of her time.

As a child, Somerville received little formal schooling. Girls in the late 18th century were not believed to need education; they were expected to marry and fill their lives with household duties. Young Mary was even scolded by her family for reading so much—it was considered very unladylike at the time!

But Somerville began studying algebra on her own after her art teacher explained how maths underlies many different concepts in art and science. She also became fascinated by an article on algebra that she read in a magazine, so she convinced her brother’s tutor to introduce her to the subject.

As an adult, Somerville continued her pursuits in science and maths. This led her to befriend some of the most distinguished scientists and mathematicians of the day, including British astronomer John Herschel, British mathematician Charles Babbage, and French mathematician and astronomer Pierre-Simon Laplace.

Somerville’s first well-known work was a translation of one of Laplace’s astronomy papers, which she clarified and made easier for non-scientists to understand. She later wrote her own books on physical, geographic, astronomical, and molecular sciences. Some of these became so popular that they were used as university textbooks for many years.

Of the many awards Somerville would go on to receive, the most impressive was becoming one of the first two women (along with astronomer Caroline Herschel) elected to the Royal Astronomical Society in 1835.

In the decades after World War II, a generation of mathematicians and engineers defined the limits of a new job title: the computer programmer. One of the most important of these early figures was Grace Hopper.

Hopper taught maths at Vassar College before joining the Navy during the war. In 1944, she was assigned to a computer research team at Harvard. There she worked on the Mark I, one of theearliest modern computers.

As she rose to the rank of Rear Admiral in the U.S. Navy, Hopper made her mark on the budding world of computer science. She helped develop some of the earliest programming languages. And she popularised the term “debugging” for fixing computer glitches. At first, the term was literal—a moth got stuck in the machinery!

Perhaps Hopper’s most far-reaching contribution was her push to base codes in natural languages. At the time, computers had to be coded in machine language—the symbols and numbers that computers “think” in. Hopper changed all that when she wrote the first compiler, a program that could convert certain words and mathematical formulas into machine language. Her work led to the development of COBOL, a natural language-based code still widely used today.