Why not celebrate World Space week from 5th to 9th October by using Tigtag?

Click on ‘App Library’ at the top left of your Launch Pad.

Now find Tigtag on your Launch Pad and open it. You can search for videos using ‘Mindmap’ or ‘Topics’ but for this lesson type ‘beyond our solar system’ into the search bar at the top.

Click on ‘lesson prep’ at the bottom right of the screen.

Here you will find everything you need to deliver this lesson – lesson plan, activity sheets, classroom visuals, practical activities and big questions.

Organise the children into pairs or small groups and provide each pair/group with a set of ‘Earth and beyond cards’ (in activity sheets). 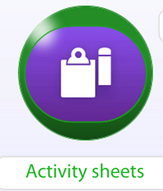 Ask the pairs/groups to match each term to its meaning and image. Check that the pairs/groups have arranged the cards correctly and address any vocabulary issues that might arise. Note: The names Moon, Sun and Milky Way are capitalised, whereas the other terms are not. 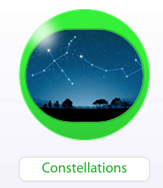 Explain to the children that, although the constellations are always visible together in the night sky, the stars that form them are many trillions of kilometres apart and are not connected to each other in any way. Common misconception: Some children may think that stars “disappear” or “go away” during the day. Ensure they understand that the stars are still there, but they cannot be seen during the day due to the vast amount of light from the Sun. At night, the contrast between starlight and the surrounding sky is sufficient to enable the stars to stand out and be seen. However, light pollution can obscure starlight, making it difficult to spot certain stars, particularly in built-up urban areas where there is a lot of artificial lighting.

Step 5 – Consider how constellations were named.

Explain to the children that, in ancient times, people looked at the stars and saw groups of stars
appearing together – just as we do today. These groups change their position in the sky throughout the night, which happens as the Earth rotates on its axis. People named the groups and told stories or created myths about them. Many are named after animals or gods and goddesses, particularly from Roman and Greek mythology. There are 88 named constellations, some of which are visible only in the northern hemisphere whist some can only be seen in the southern hemisphere, others are visible from both. The positions of the constellations not only change through each night due to the Earth’s rotation on its axis, but also throughout the year, as the Earth orbits the Sun.

Display the Constellation images, provided in the classroom visuals, on the whiteboard.

Next, display the Constellation outlines that give the constellations their names. The children should see how the group of stars make a particular shape or animal, although it might take a stretch of the imagination to see this. They may feel the group of stars looks more like something else entirely! Play the ­film ‘The Big Bang’. 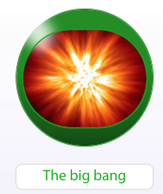 Challenge the children to draw one of the constellations and rename it based on what they think it looks like. They may like to consider a more modern object or a different animal.

Ask learners how can we see clearly into space and learn far more about the Universe than is possible with the naked eye? Play the ­ film ‘Hubble Space Telescope’. 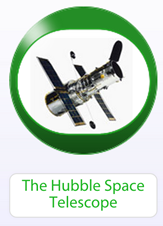 Play the ­film ‘Odd one out’. Pause it at 00:30 and ask the children to discuss their ideas with a partner. Ask if they can name any other constellations? (Ursa minor, Scorpio, Leo etc.)

Links to the Curriculum for Excellence

This lesson plan was featured in a Glow Brochure which was sent to every school in Scotland, if you did not receive the brochure and would like us to send you one please email rmunify@rm.com

Found this lesson useful? Tweet us a picture of your class @RMUnify using this lesson idea and you could be in with a chance to win £100 worth of amazon vouchers.