Change management, monkey business and the art of selfish sharing

A study presented to the Royal Society by Jaeggi and Gurven (2013) took a really good look at primate behaviour and, in particular, what was the motivation behind the obvious inclination for individuals to share. By all accounts primates get the collaborative environment. Each one of them understands that it is entirely in their own interests to share - to do otherwise is a really bad idea if you want to succeed in your social group. At its core is an understanding of the importance of reciprocity - I give you a banana when I have some and you have none on the understanding you will return the favour when the situation reverses. Sharing is selfish. I only do it because it benefits me.

In a cloud based collaborative environment such as Google Apps sharing is really easy. The whole enterprise is set up to help users to share their stuff. However, at least in the early stages, getting people to share freely can be really tough. Many times, trying to convince someone to give away a lifetimes collection of teaching resources is far from an easy sell. In general, it doesn't help much to explain the Chimp example either.

Unfortunately, we know that without a sharing culture the whole collaborative thing never really gets off the ground and the entire enterprise can quickly seem rather pointless. Organisations frequently 'move to the cloud' but see no real change in behaviour, and as such see only a small percentage of the available benefits. Instead of productivity gains they may even see productivity losses as people try to operate in a hybrid environment.

Throwing new cloud based tools at people without simultaneous changes in workplace culture is a recipe for disappointment and frustration. It seems that unlike our primate cousins, we need some careful change management to work collaboratively. Managing change does not need to be awkward, or expensive or painful. In fact, it can be fun. Like most things, you just need a plan.

In this series of five blogs I will highlight 8 key things to get right if you want to move your school to the cloud. None are a guarantee of success on their own, but together they will give you a much better chance. The list comes out of my own experience of moving an entire secondary school (Fakenham Academy Norfolk) to a Google Apps based environment.

Like all the items in the list, this one is pretty obvious. Well at least you would think so.

As the person tasked with moving my school to the cloud, the first thing I did was to ensure that I had the unswerving support of the Headteacher. In particular I needed him to 'walk the talk'. So, the first thing we did was to remove his PC from his office and replace it with a Chromebox, followed swiftly by taking away his laptop and changing it for a Chromebook. In doing so, we were able to send a clear message to everyone else in the school.

Our school is part of a small Academy Trust. All other schools in the MAT run O365 and there was some concern about the practicalities of running the Google platform. The Headteacher was at the sharp end of this and had to demonstrate that this was not an obstacle to change and implementation. Inevitably there were some challenges along the way, but none so great that we were unable to find a way around them.

The Headteacher, with support, consistently demonstrated that he was making the change. He was one of the first people to use Google Classroom in his teaching. He took the lead with sharing documents, having an online Calendar and using an online bulletin board. He was front and centre of the change process. He was critical to the success of the project.

Crucially, he understood that sharing in an open and collaborative way right from the start was the thing he needed to do to get what he wanted - it was selfish, and he knew it.

"In my 28 years of working in Secondary schools this is the first time I can genuinely say we are a collaborative organisation."


Next week I will be looking at the cadence of the academic year and also revealing Tip 2 and 3! 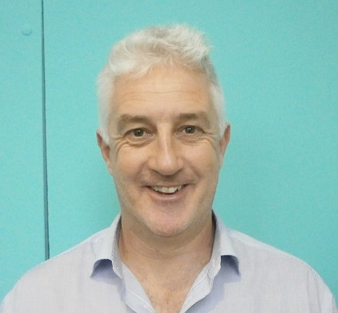 After 25 years of experience in teaching, Mark now helps schools and academies across the UK to make a digital transformation. He is a Google Certified Trainer and Education Consultant specialising in digital change management for schools. This blog series will reveal the bumps, bruises and near misses that can take place along the way to digital transformation and highlight the key 8 things to get right to move your school to the cloud. The blogs will be published every Wednesday over the next 5 weeks.

Let us know about your own experiences, your questions and thoughts on the blogs in the comment box below!

Categories: In the classroom, Senior leaders