RM help City of Norwich School to talk to the ISS

The City of Norwich School, more commonly known as CNS, is a coeducational secondary school and sixth form with academy status. They chose RM Flex to provide their ICT support in February 2016, having previously been a long standing CC4 network tools customer.

One of the first key points they highlighted to their Service Delivery team was the long awaited event they had planned, where school pupils were being offered the chance to put questions to Major Tim Peake, live on the International Space Station.

This was a complex operation, involving pupils from a number of schools converging at the City of Norwich School, with the BBC attending – in other words, a high profile event that the School was very keen to go well.

They asked us if we could do everything possible to help.

Working with the onsite technicians, we ensured there was a senior RM engineer at the school on the big day, even though the day changed with only 24 hours’ notice due to the ISS schedule. Second line engineers in India also worked to carefully monitor the school’s systems, being careful not to carry out any changes on the day to make sure that the carefully calibrated loading would stay the same!

As part of a huge team effort (including the Norfolk Amateur Radio Society, who built a large mast in the school grounds to get the signal to Goonhilly Satellite Earth station) everyone was delighted when the session went without a hitch. 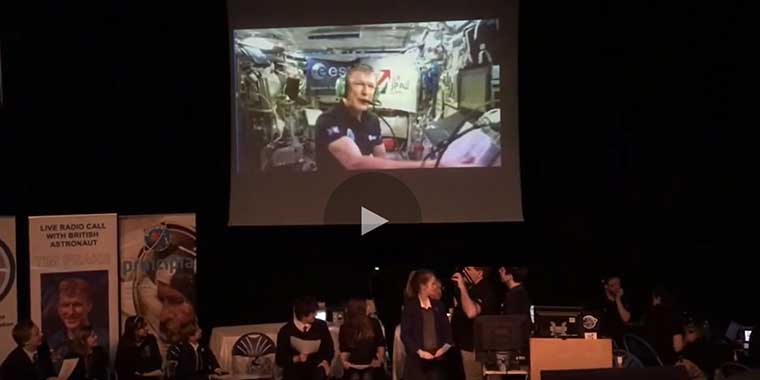 Categories: In the classroom