Pats on the back all round, we’ve dealt with the risk and now we are at the mouth of the river looking at a huge expanse of water, the ocean.

At the moment it is a nice calm scene so everything is pretty good, users are all going about their daily activities in a safe and secure manner. They’re getting pretty confident now and starting to use more and more cloud based services, storing their files online and sharing them between one another. The devices they’re using are also evolving, optimised for life in the ocean. They’re lightweight, fast, and inherently far more secure. Much like a cruise ship won’t make it very far up a river, Windows 10s and Chromebooks aren’t very good at working with on premises infrastructure.

I remember when I first learnt to windsurf at the tender age of 13 and like many others I started on a sheltered expanse of water, in my case it was called Astbury Mere.

Never really understood what differentiates a mere from a lake. Google search reckons it’s something to do with the depth of the water but I don’t really care and I doubt you do either so let’s move on.

I became pretty good on this mere and decided to try my hand at windsurfing on the sea, heading off to Pembrokeshire to do so. It was a very different experience, not one I particularly enjoyed to begin with either. The reason for my lack of enjoyment was because I was used to finding windsurfing easy and now it wasn’t. Eventually I got the hang of it, started to really enjoy the new challenge and when I went back to the mere I found something had drastically changed. I found it boring, the new challenge of sea windsurfing had meant I no longer enjoyed the restricted, tranquil waters of Astbury Mere.

The same is true of cloud computing; for years schools having been milling around enjoying the tranquil waters of on premises networks, many are now dipping their toes (some deeper than others) into “the cloud”. This toe dip is causing a lot of network managers and user’s headaches, mainly because they are having to switch between cloud and on premises and so never really get comfortable with one. I can guarantee though that once they go through this pain and stick it out to full cloud they will feel the same way I did when I went back to Astbury Mere. Well maybe not bored, but they will wonder how they ever worked in such a restricted way before.

The new devices Microsoft and Google have / will have available go a long way to helping with some of this pain. They only allow users to work in one way which might be deemed restrictive but when you are trying to save a document to the same place every time then having one way of doing it is pretty useful. This is a bit of a nod to anyone who thought they had saved something they had spent a long time working on only to find they hadn’t because they were used to Office 365 auto save and forgot to click the save button on their local copy of Word 2016. Chromebooks and Windows 10s remove this issue completely. There are many other ways in which these devices help like this, however I wouldn’t want to take anything away from the book of mundanity I am planning on writing later this year.

Chromebooks were the game changer and I suspect Microsoft’s Windows 10s devices will be the match winner. The reason for this is because every single school in the country either uses Microsoft technology currently or has some experience using it. This is really important for teachers in particular as their main priority is not to learn how a new technology works, they just want something reasonably familiar that they can use to aid their teaching.

So familiarity is important and for the more confident amongst us we need to help less confident users to spot these familiarities. Whether it is that Excel 365 looks and feels similar to the offline version; or instead of going to a drive letter on their laptop they now click a folder icon on their desktop taskbar which takes them to where their files are stored, all in the same format as before.

Even those who are technically gifted still like familiarity. Granted some of things they will need to do differently, for example device management, there will still be a requirement for them to do the same things they have always done; using their expertise and knowledge to help the students and staff enjoy using the technology provided safely. That hasn’t changed.

Bringing us right back to the idea of revolutions and job security; ships have changed a lot over the years with many aspects of the biggest ships being automated, despite all this they still have captains and still have a crew. Instead of putting up a dam and trying to block the flow of water; why not learn to adapt with it, enjoy what the different parts of the river have to offer and you never know you might find yourself in the Ocean with endless possibilities available to you. 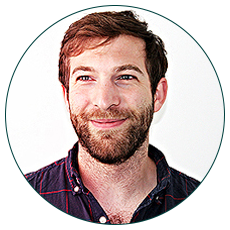 Ian has been a network solutions product manager for over 2 years having joined RM 5 years prior. His passion for helping others to understand technology in an uncomplicated and easy to consume way is driven by his own experience of having to navigate the world of new technologies. Focused on delivering solutions that have a real positive impact to those that use them Ian spends his time separating the fads from the game changers, particularly prevalent when it comes to cloud technologies.

Part 1 of series : The progression of technology - The source of the Nile

Part 2 of series : The progression of technology - Navigating the rapids

Categories: Moving to the Cloud