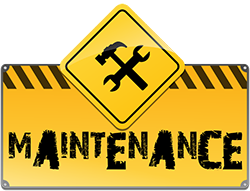 Welcome to part 2 of Windows Server Servicing. Now you’ve got the background, let’s look at the choices we have and why what we’re doing at the moment is okay.

Well yes, it has its place. But as I said at the end of part 1, this isn’t a shoo-in and there are some considerations before changing update policy.

And then there’s the type of server installation…

This one deserves a section all of its own. The Semi-Annual Channel (Windows Server) is only available to deployments of Nano Server, which has become a lot less relevant to our deployments from v1709 onwards, and Server Core. All of our standard server deployments, with very few exceptions, for both CC4 and non-CC4 (‘vanilla’) are currently Server with Desktop.

So right now, we couldn’t easily adopt Semi-Annual servicing for Windows Server even if we wanted to, without introducing new / replacement servers.

You may be aware that we have on occasion deployed Server Core (e.g. CC4 Matrix). There are reasons why it hasn’t resonated with school network managers (e.g. no graphical user interface to manage it, forcing management through PowerShell), but there are changes afoot in the server management space which means we should revisit that – but that’s a subject for another blog.

Okay, so let’s stay with LTSC then?

Well, that is an option. But remember what I said before about making sure it’s right for you? Here are a few things to think about:

There isn’t a one-size fits all solution here. Should you adopt semi-annual servicing (and therefore Windows Server ‘as a Service’) across the board? In the longer term, maybe, but in the short term almost certainly not. Should you stay with LTSC in all cases? That’s unlikely to be the best approach for every solution either.

It’s early stages for regular servicing of Windows Server, so as with Windows 10, which has been on this model for a while already there is a need to monitor it until it beds in.

There is certainly potential for taking advantage of the benefits of regular feature releases in more targeted deployments, such as Hyper-V and / or RDS. You should consider the broader impact, as well as the benefits of doing so as part of any introduction though; highlighting the advantages as well as managing transformation will be key to adoption of Server Core, on which this new approach depends.

It certainly isn’t a decision to take lightly. If you would like some advice or help in deciding which server versions best suit your needs, please contact us at networks@rm.com

Check out our other Windows Server Servicing blog in this series at www.rm.com/blog/2017/november/windows-server-servicing