With a lack of investment in technology for a decade, this is how a community-based Primary School caught up and are now in a strong position to improve the education of all of their pupils 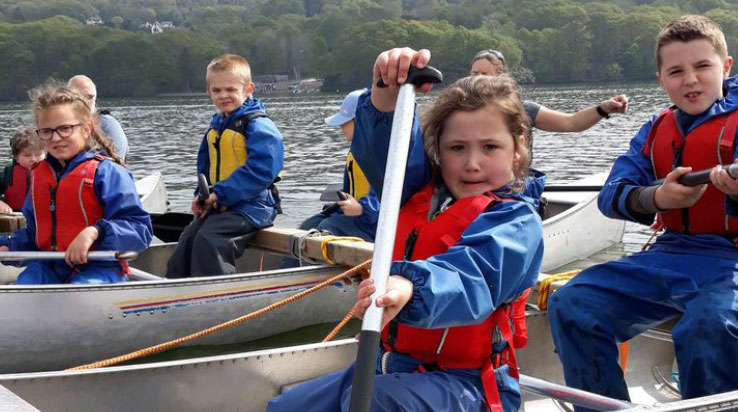 Vickerstown Primary and Brambles Nursery School is a beautiful setting in the idyllic coastal town of Barrow-in-Furness in Cumbria in North West England. Given the remote location, employment can be limited, so the school is seen as a beacon in the local environment. This is reflected in a clear vision to provide an outstanding education at the heart of their community, making every effort for the children at Vickerstown to have the best academic start and grounding possible to enable them to become successful members of society.

The 159 pupils come from a mixed catchment – some with Education, Health and Care Plans – bringing added obligations on the staff to help ensure all children receive the very best care and support. The school has a proven local reputation for the support they provide to children with autism.

Vickerstown Primary moved to new purpose-built premises in 2011 and received significant investment to help embed the use of technology in teaching and learning across the school at that time. However, since then – almost 10 years ago – there has been very little further investment in technology, and a technical audit undertaken in February 2020 concluded:

Despite these issues, there was a real passion across the school for the use of technology, providing a solid foundation to build upon. Some staff had started to explore options, but there were no clear expectations, or any real confidence in what existed. The current head had been appointed the previous year, and he identified a number of concerns with the school’s IT.

“I did not think we were getting value for money from our incumbent IT partner, and from talking to other heads in other schools, I felt we could do better – for the school, and especially for our pupils”.

This was early in 2020. At that time, RM were providing the school’s broadband (only). Following the regular review of that service, the school asked RM for a quote to upgrade their existing IT servers on a like-for-like basis. When the proposal came back, it was more than the school could justify spending. Instead, RM suggested a more radical approach – removing the physical servers altogether and replacing them with a fully cloud-based technology network that would transport the school forward into the very latest digital solution available – all for little more than the cost of simply updating what they already had. Because the school already had a cloud-based MIS, it meant that going serverless was immediately achievable.

“I was really excited by the possibilities that were described by RM, and I could see the real value. But it also scared me – we had so much ground to make up”. 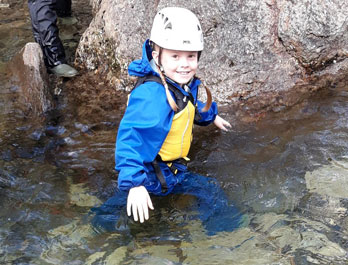 The proposal from RM involved Vickerstown almost going back to basics and starting again:

In practice this meant replacing all of the school’s physical servers with everything managed in the cloud, rolling Microsoft Teams out across the school to support Remote Learning, and replacing all computers with modern new (ruggedised) devices. RM Unify was installed to improve remote capability, providing access to all teaching and learning resources, with a screen sharing capability so pupil devices that could display work for a whole class to see, seamlessly on new plasma screens. Wireless connectivity was installed across the school, removing all cables that were clogging up workstations and benches, such that classrooms could be reconfigured instantly.

The move to the cloud meant that these new devices needed less local storage and processing power, making them much more affordable. With budgets an issue, RM helped the school benefit from a number of government and supplier grants and rebates, setting up a concierge service to ensure the school received the respective government and supplier grants and rebates – harnessing the HP Trade-In scheme, with RM managing the collection and return of some 100 devices that the school had, processing rebates from HP that were paid to the school – something that would otherwise have been overly onerous for a small Primary School to manage alone.

Like many schools that had evolved iteratively, Vickerstown had a range of licences and warranties for their various software and services. RM replaced all of these with a simple proprietary licence from Microsoft, providing licences for application software and full device management.

Something that was critical for the school was staff understanding, so RM arranged training for all staff, helping the school become fully GDPR compliant – replacing outdated and potentially weak processes, such as local file storage and exchanging confidential information by email. RM put in place a support structure via a single phone number to call for everything (given most issues could be managed remotely via the new cloud-based set-up), coupled with emergency Technical Support who can visit if needed. All warranties on hardware were secured such that an engineer would be on site the next day in the event of any breakdowns.

Perhaps most importantly, RM put all this together financially in a way that the school could afford. They amortised all set-up costs over three years, with the school paying a flat subscription price for all services, and an operating lease for the hardware. This was arranged on a per pupil per term basis to make budgeting easier, providing the school with peace of mind, always knowing exactly how much they would pay and when.

“We did not want to stagnate as a school. This solution gave us the leap that we needed. We now need to keep evolving – keep learning”. 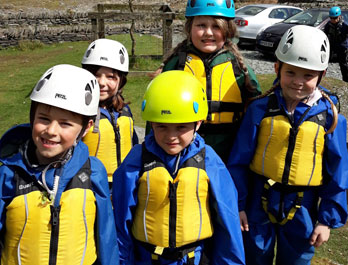 A school has as strong a governance regime as a commercial business, so gaining buy-in to an investment such as this was critical. They were wasting a lot of money on infrastructure that did not work or was inefficient – by bringing that altogether, they could make real savings that would offset much of the cost of the new solution.

“In many respects this was the easy part, as we were in such a bad position before RM revealed their proposal. As soon as staff saw what was being proposed you could sense the enthusiasm – they were on board”.

With the staff excited, it was a relatively straightforward task to convince Governors too. They knew this was a problem for the school and were delighted that the SLT were taking action.

Something that went very much in RM’s favour was their willingness to respond. Whilst the initial conversations started in February 2020, with installation planned for Easter 2020, everything was thrown up in the air by the Covid pandemic, such that many of the proposals had to be agreed remotely via Microsoft Teams, with all of the staff training subsequently delivered the same way.

“It was this that convinced us that RM were the right partner for us. Our local provider that we had used before were badly affected by the pandemic, yet RM just carried on working. Such is the value from ‘strength in depth”.

Given where the school was technically, everything that was proposed was an improvement. The school had looked at Microsoft Teams before, but RM integrated that as part of the complete package – showing how staff could do their jobs from home as well as in the classroom – such that it all became seamless.

“For me, this came across as a solution-led proposal – not sales-led. It showed how staff could save time, freeing them up to do the rest of their job better”. 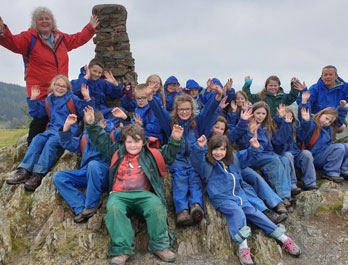 Technology is something that evolves with time. Leaving an estate largely untouched for ten years, can only reap benefits when it is finally stirred. With change happening so rapidly, there is a real risk that a school can get left behind. As an example, Remote Learning – it would be very hard for any school to contemplate that with software – and hardware – that was more than a couple of years’ old – let alone equipment dating from 2011.

“I am aware that other schools have tried to do this themselves, but I am not sure they would have delivered the same level of benefits that we have secured. It was an eye opener watching professionals – RM – at work”.

Lockdown was difficult for everyone – for staff – for pupils – for their parents. The emotional connection is really important in a young person’s life. For Vickerstown the staff tried recording videos and sending them home. With Microsoft Teams all of this changed, so they could properly interact.

“I will give you one example – for Remembrance Day this year we had one of our pupils play ‘The Last Post’. It was recorded remotely but shared to everyone – an important part of tradition that we were able to continue despite lockdown, sharing it with pupils, parents and wider via Facebook”.

This was supplemented by doing school assemblies over Microsoft Teams. Staff were able to access files remotely, work together on lesson plans, and critically – teachers were still able to connect with their Education, Health and Care (EHP) pupils, using the technology.

“We are not waiting 20 minutes for a laptop to open or praying that software would not crash. Our teaching and learning has improved, and a lot of the stress that we faced with things breaking, has gone”. 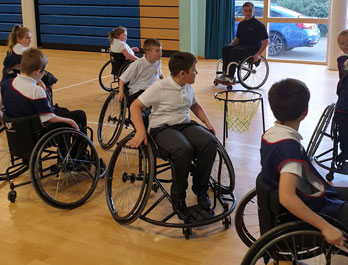 One of the more unsung benefits is the single phone number to call for everything. Before, staff could waste half a day calling numerous people trying to work out why something was not working, and who was responsible – now they call one number and let RM figure it out.

There are so many hopes that come from the nine months of the pandemic – and for schools like Vickerstown, coinciding a long-overdue investment in technology at a time when they need it more than ever – their dreams are as real as anyone’s.

It is hard to capture one thing, but technology does enable better communication – with staff, pupils, and their parents. It also acts as a catalyst for growth. At Vickerstown they now have the basis to move forward, and there is so much more they can do with the tools they now have in place. This is just the start. And that is the most exciting part – the fear has gone, and all the excuses have been removed – now the staff at Vickerstown can embrace the change and embark on an exciting journey together.

“From a personal point of view, it has changed the way I work in my role; from allowing me to schedule more meetings with colleagues in other schools, to making information sharing in school faster and easier and being able to interact with other people’s work has made my life easier, so thank you”.